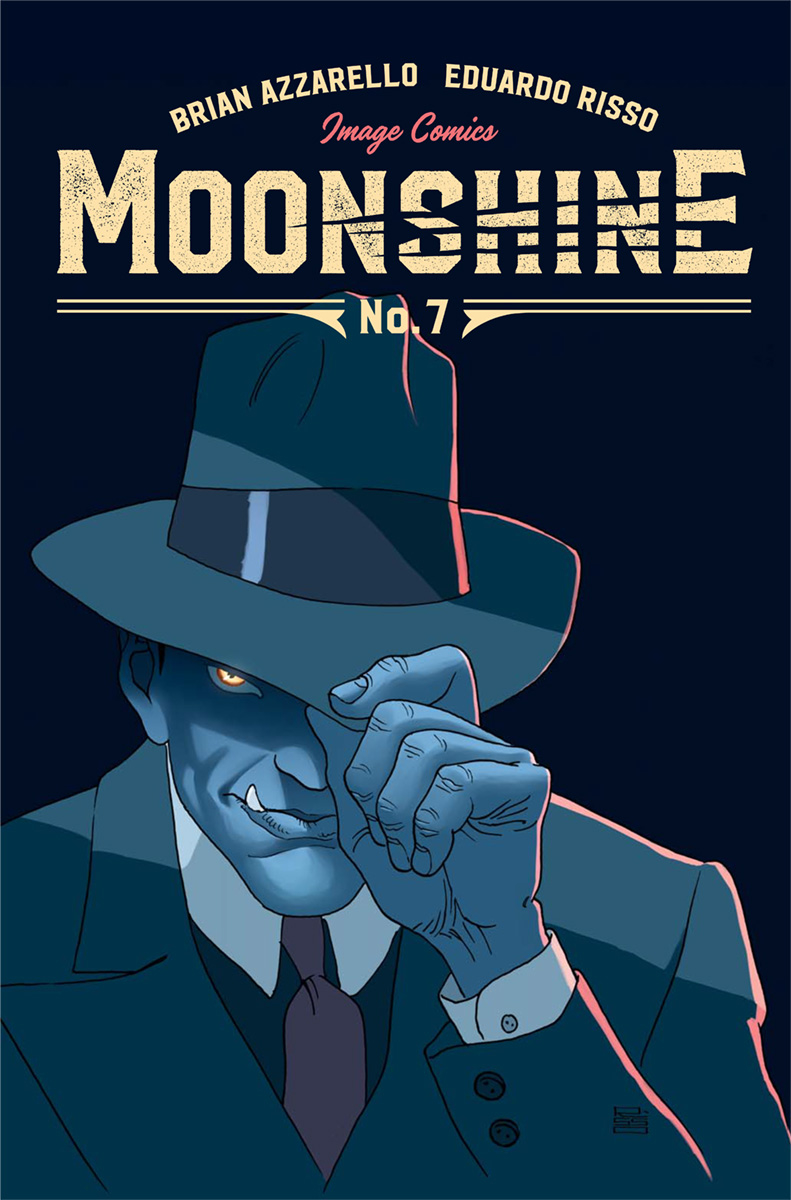 DEC170635
(W) Brian Azzarello (A/CA) Eduardo Risso
"MISERY TRAIN," Part One
"Torpedo" Lou Pirlo thought his troubles might be over when he and his new girl, Delia, hopped a boxcar headed south-as far and as fast as they could get away from the hillbillies in Appalachia and the mafia killers in New York City.

But trouble has a habit of sticking to Lou, and instead of finding himself on "Big Rock Candy Mountain," he's on a down-bound train, last stop: The Big Easy, New Orleans. And trouble ain't all that's stuck to Lou. See, Lou got bit by a werewolf, and now the most deadly monster hunter on Earth will stop at nothing to put this dog down.