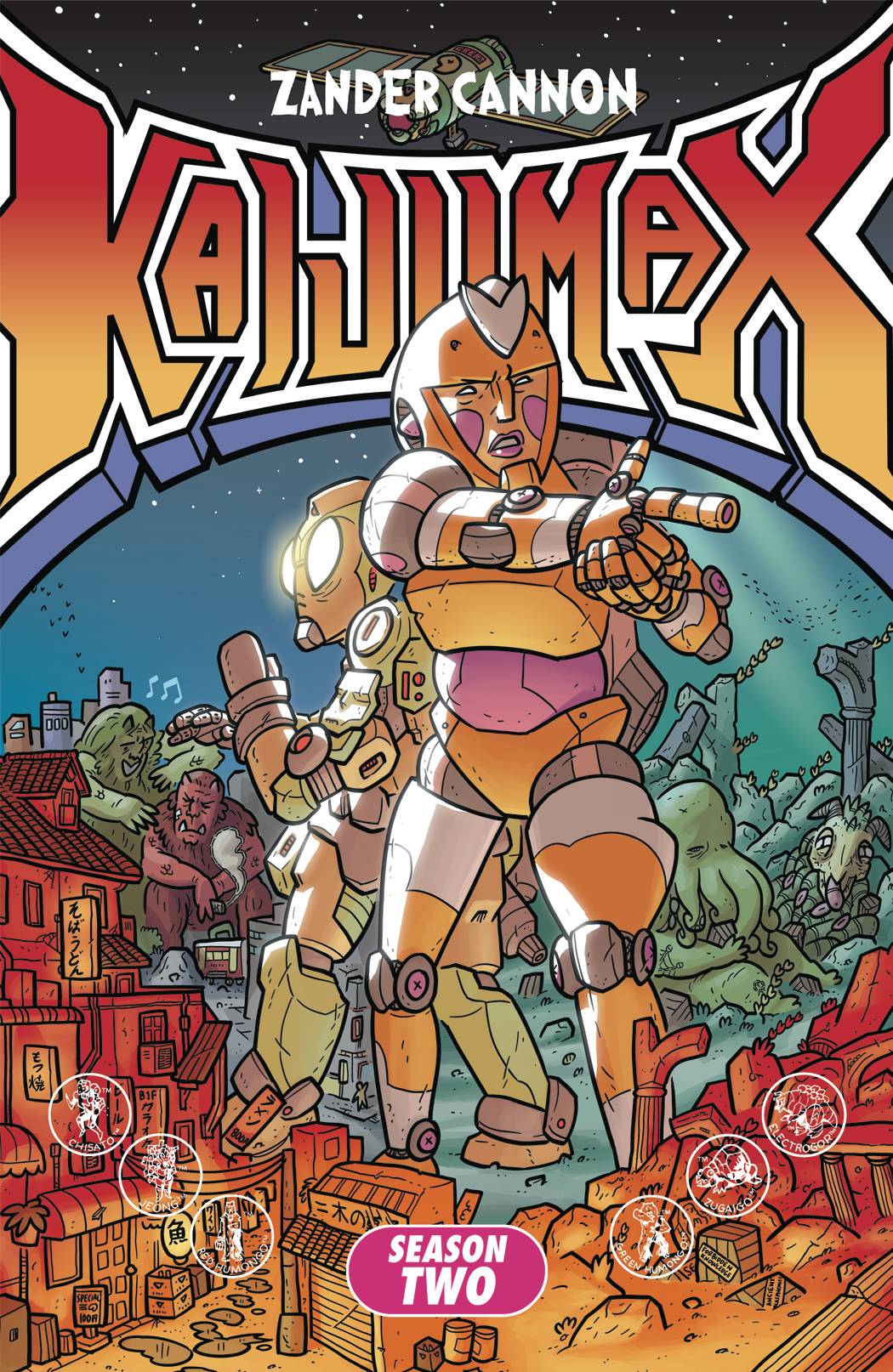 #
DEC161822
(W) Zander Cannon (A/CA) Zander Cannon
As bad as things get in KAIJUMAX prison, the outside world can be a whole lot worse! Kaiju fugitives, parolees, thieves, drug addicts, and those who have simply fallen through the cracks are left to fend for themselves against a planet that doesn't want them. Follow Electrogor as he makes his way across the Pacific rim to his home where -- he hopes -- his children await him. See the tense reunion of the Humongo Brothers! Smell the hopeless Lovecraftian addicts in the undersea Kraken house! Ride along with new Police Team G.R.E.A.T. robotic cop Chisato! Don't miss Season Two of the critically-acclaimed, Eisner-Nominated satire KAIJUMAX from award-winning cartoonist Zander Cannon!
In Shops: Apr 26, 2017
SRP: $19.99
View All Items In This Series