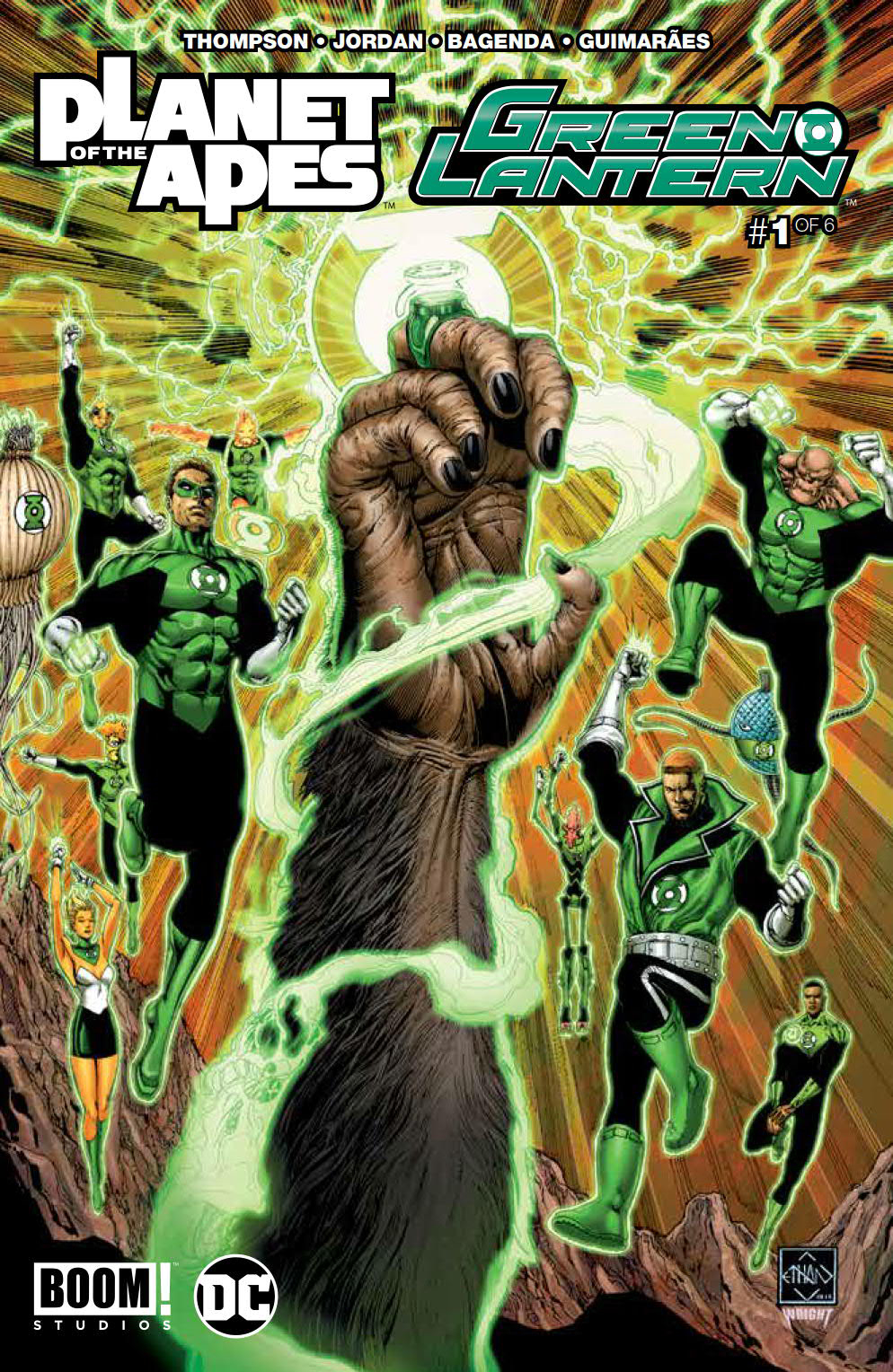 DEC161345
(W) Robbie Thompson, Justin Jordan (A) Barnaby Bagenda (CA) Ethan Van Sciver
BOOM! Studios and DC Comics are proud to bring together two classic properties in a historic crossover event.
When Taylor goes missing, Cornelius investigates and discovers an ancient ring, unlike anything the universe has ever seen.
As its power echoes through the stars, the Guardians of the Universe must reveal to their Lanterns a secret they had hoped would remain buried.
With the Green Lantern Corps, led by Hal Jordan, racing to get to the source of this power before Sinestro can get his hands on it, they will discover a truth that will change them forever on...THE PLANET OF THE APES.
In Shops: Feb 01, 2017
SRP: $3.99
View All Items In This Series