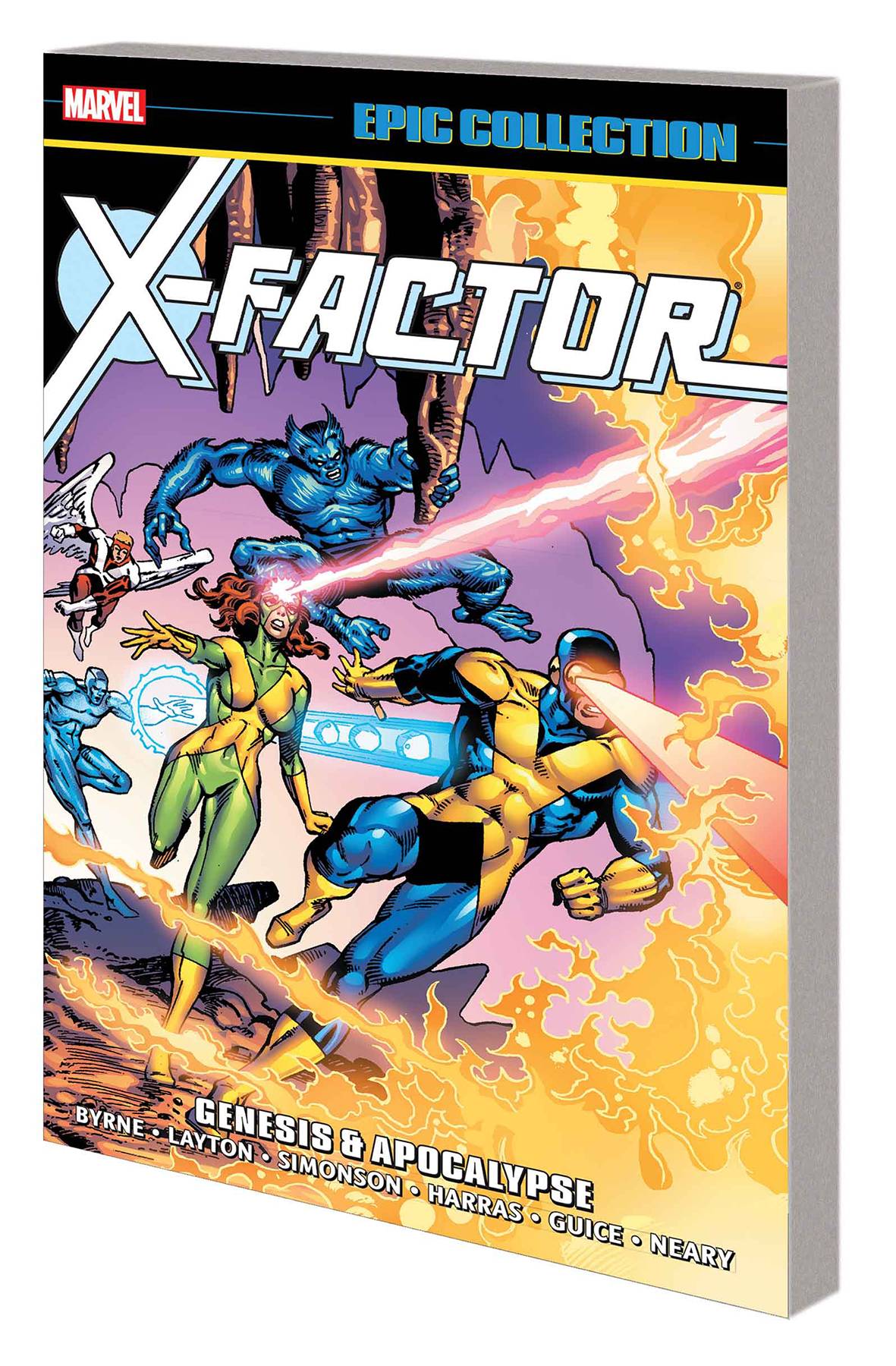 #
DEC161111
(W) Various (A) Various (CA) Ron Frenz
As one of the greatest X-Men of all makes her triumphant return, and one of mutantkind's deadliest threats debuts! When Jean Grey is found alive - with a little help from the Avengers and Fantastic Four - she reunites with the rest of Xavier's original class to form X-Factor! But as Cyclops, Marvel Girl, Beast, Angel and Iceman face new enemies Tower and Frenzy, little do they know the villains are part of an Alliance of Evil led by...Apocalypse! They'll encounter uncanny new foes like Bulk and Glow Worm, and old sparring partners in Freedom Force, but there's no question who will rise to the role of their arch-nemesis. The story of En Sabah Nur begins here! Collecting AVENGERS (1963) #263, FANTASTIC FOUR (1961) #286, X-FACTOR (1986) #1-9 and ANNUAL #1, and material from CLASSIC X-MEN #8 and #43.
Volume #1 in the X-Factor Epic Collections
Rated T
In Shops: Mar 01, 2017
SRP: $34.99
ORDER WISH LIST