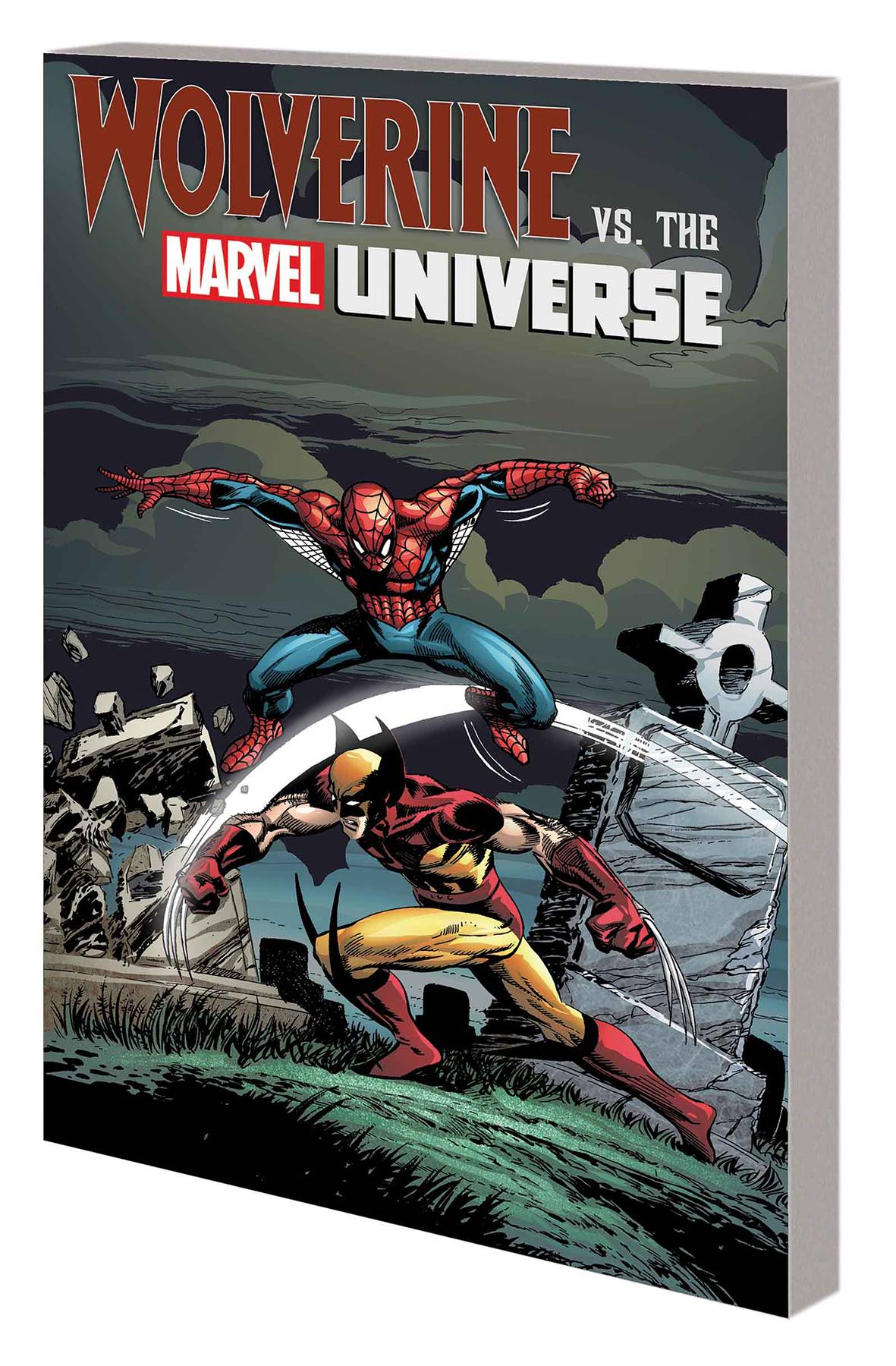 #
DEC161110
(W) Various (A) Various (CA) Mark D. Bright
Wolverine takes on all comers in a collection of his classic brawls with Marvel's finest! Sparks fly as Adamantium claws strike Captain America's shield! Wolverine and Daredevil battle over Bushwhacker! Spider-Man's world is forever changed in an espionage thriller! Wolverine renews rivalries with a gray Hulk; has a nightmarish showdown with Venom; and tackles Avengers, New Warriors and more - but his mighty melee with Thor will be legendary! And in an incredible tale, Logan faces the entire Marvel Universe when a deadly plague transforms everyone - human and superhuman - into savage, cannibal predators. Who will make a stand against the endless slaughter? One word: SNIKT! Collecting CAPTAIN AMERICA ANNUAL #8, DAREDEVIL (1964) #249, SPIDER-MAN VS. WOLVERINE #1, INCREDIBLE HULK (1968) #340, WOLVERINE (1988) #134, WOLVERINE VS. THOR #1-3, MARVEL UNIVERSE VS. WOLVERINE #1-4 and material from MARVEL COMICS PRESENTS (1988) #117-122.
Parental Advisory
In Shops: Mar 15, 2017
SRP: $34.99
ORDER WISH LIST