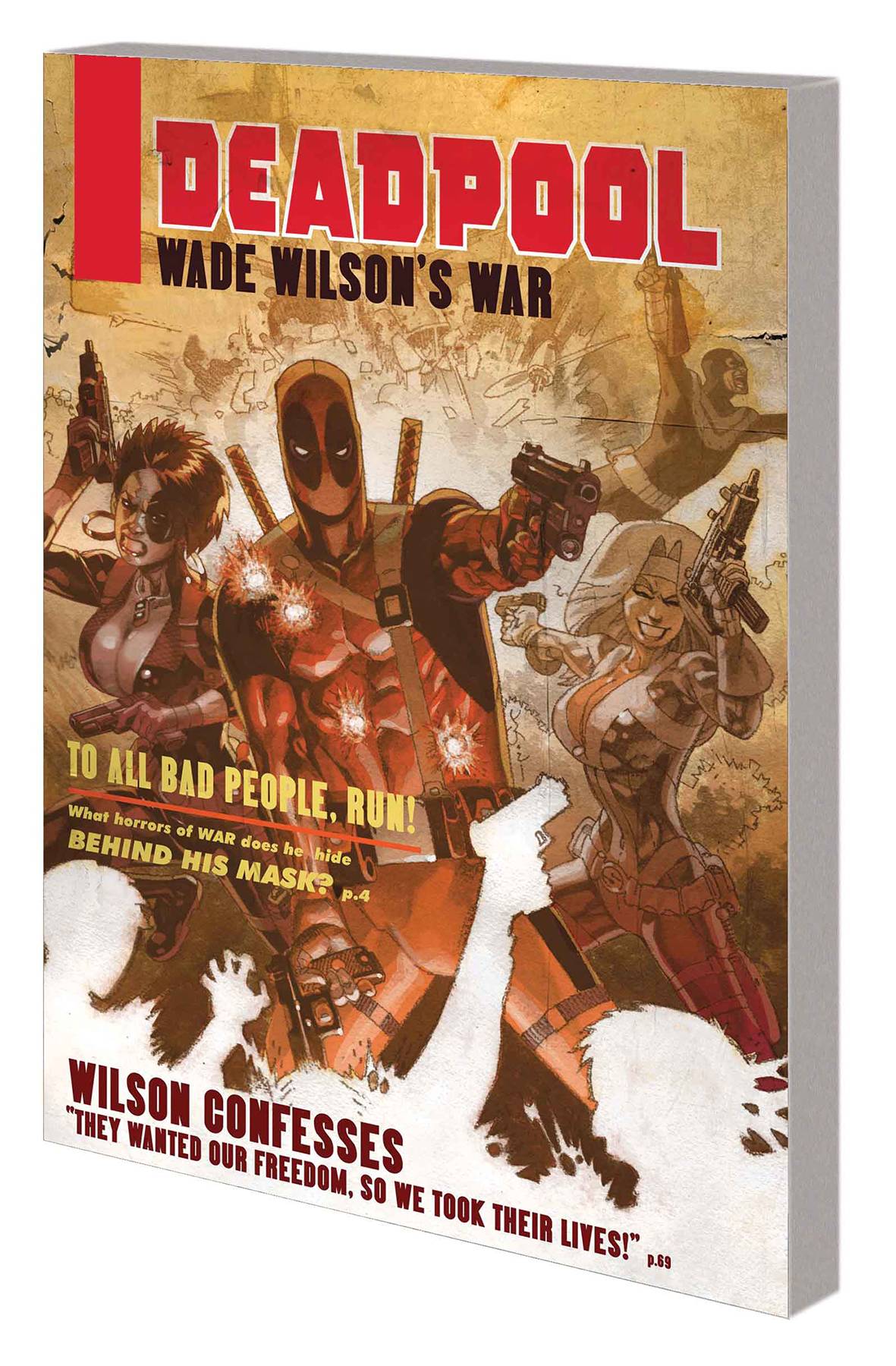 #
DEC161108
(W) Various (A) Various (CA) Jason Pearson
They may be alternate-reality Deadpools, but they're still just as Mercky and just as Mouthy! Like the Wade Wilson who was part of an ultra-secret special-ops team along with allies named Bullseye, Silver Sable and Domino! But a bloody Mexican massacre will leave this Agent Deadpool with a lot of explaining to do! And how about the Cold War Wade Wilson, codename: Deadpool? He's the CIA's most valuable asset - but also certifiably insane! It's lies, spies and shapely thighs as DP goes pulp! Then, Wade is a dash of color in a black-and-white world ravaged by zombies. When the dead walk, Deadpool is mankind's only hope - but if he triumphs, who will save us from him? Collecting DEADPOOL: WADE WILSON'S WAR #1-4, DEADPOOL PULP #1-4, NIGHT OF THE LIVING DEADPOOL #1-4 and RETURN OF THE LIVING DEADPOOL #1-4.
Parental Advisory
In Shops: Mar 15, 2017
SRP: $34.99
View All Items In This Series