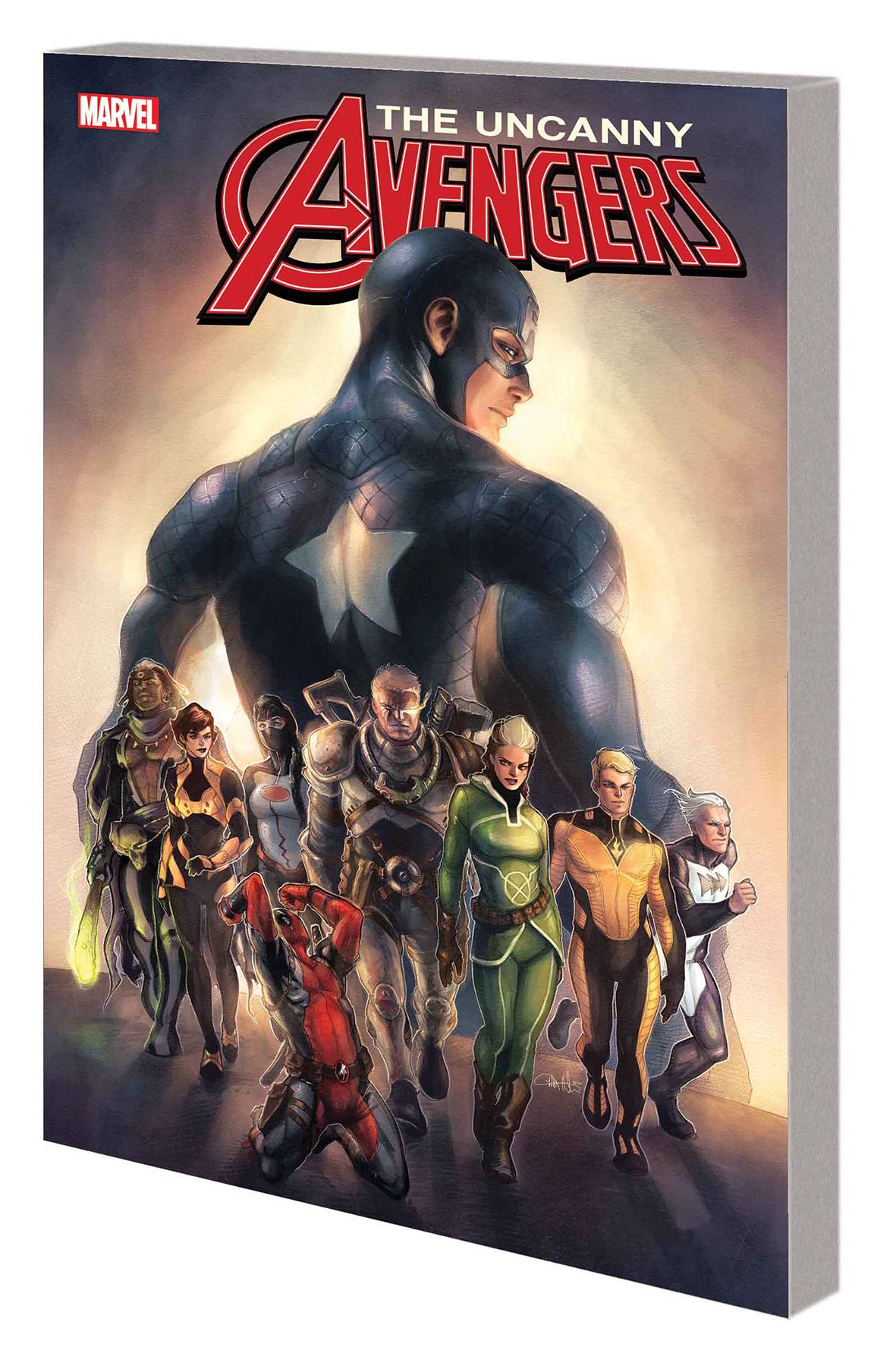 #
DEC161099
(W) Gerry Duggan (A) Ryan Stegman, Pepe Larraz (CA) Meghan Hetrick
The Unity Squad is divided as CIVIL WAR II rages! Deadpool risks his Avengers status on a secret mission! Cable and Steve Rogers face off, with the future of their team at stake! And the squad's mutants go rogue as they search for a solution to the Terrigen Mist poisoning that's been killing their brethren! But when Captain America makes a shocking decision, things will never be the same! Then, when the Hand gets its hands on the corpse of the conflict's incredible "Fallen" hero, it could mean one hulking-great undead problem! But what makes this latest drama so personal for Doctor Voodoo? If any semblance of the Unity Squad remains, it won't be for long. The Red Skull has plotted, lurked and lingered, waiting for his moment to strike. And his wait is over! Collecting UNCANNY AVENGERS (2015B) #13-17.
Rated T+
In Shops: Mar 22, 2017
SRP: $15.99
View All Items In This Series