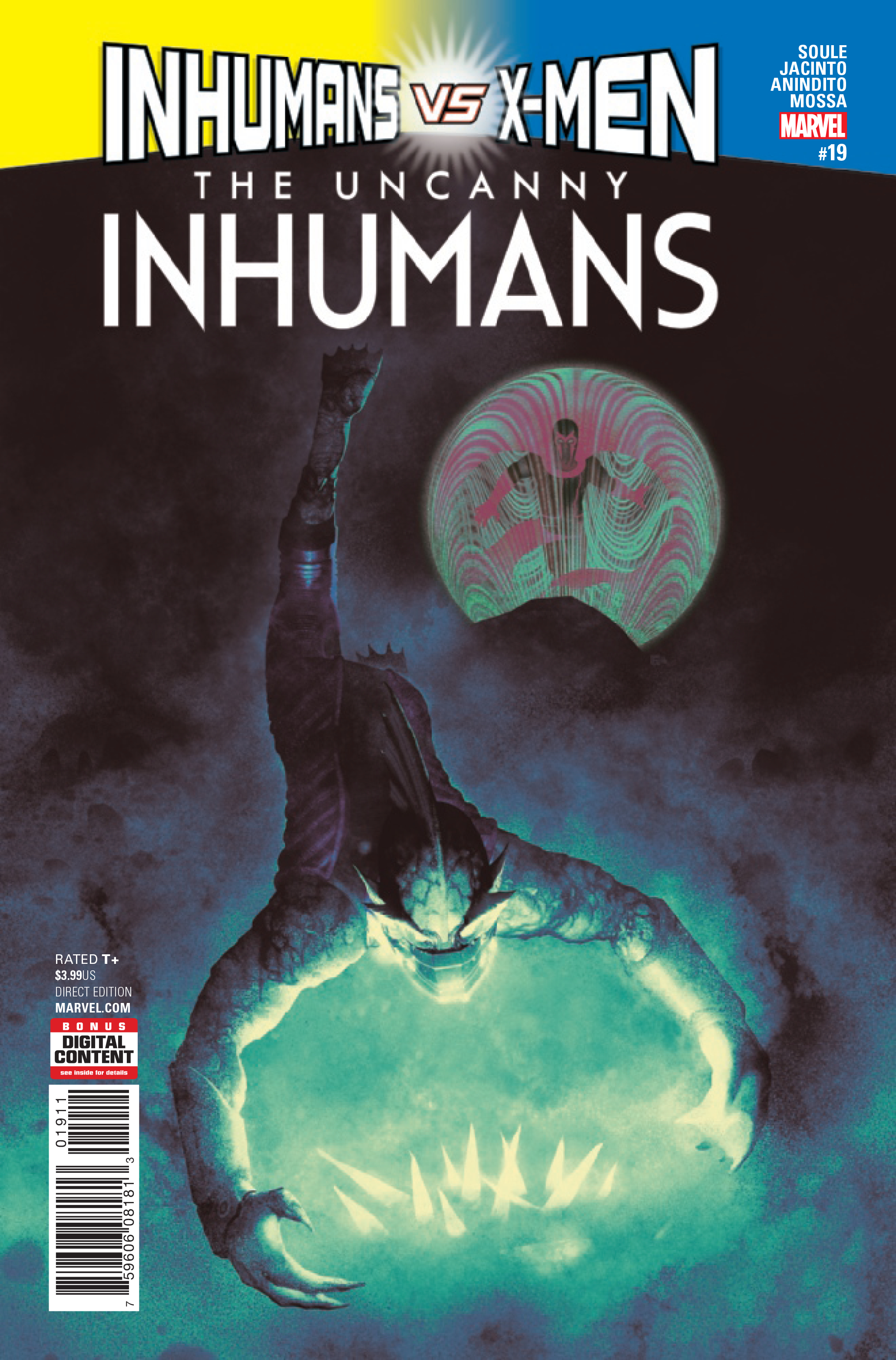 DEC160919
(W) Charles Soule (A) Aaron Kim Jacinto, Ario Anindito (CA) Frazer Irving
AN INHUMANS vs. X-MEN TIE-IN!
•  Maximus the Mad, exiled Inhuman Prince, has discovered the formula for Terrigen Crystals!
•  With his newly formed squad of Inhuman villains (including Triton?), he's traveling  the globe gathering the necessary ingredients.
•  If he succeeds, he could end the war between Inhumans and X-Men in a single stroke - but where's the fun in that?
Rated T+
In Shops: Feb 15, 2017
SRP: $3.99
View All Items In This Series