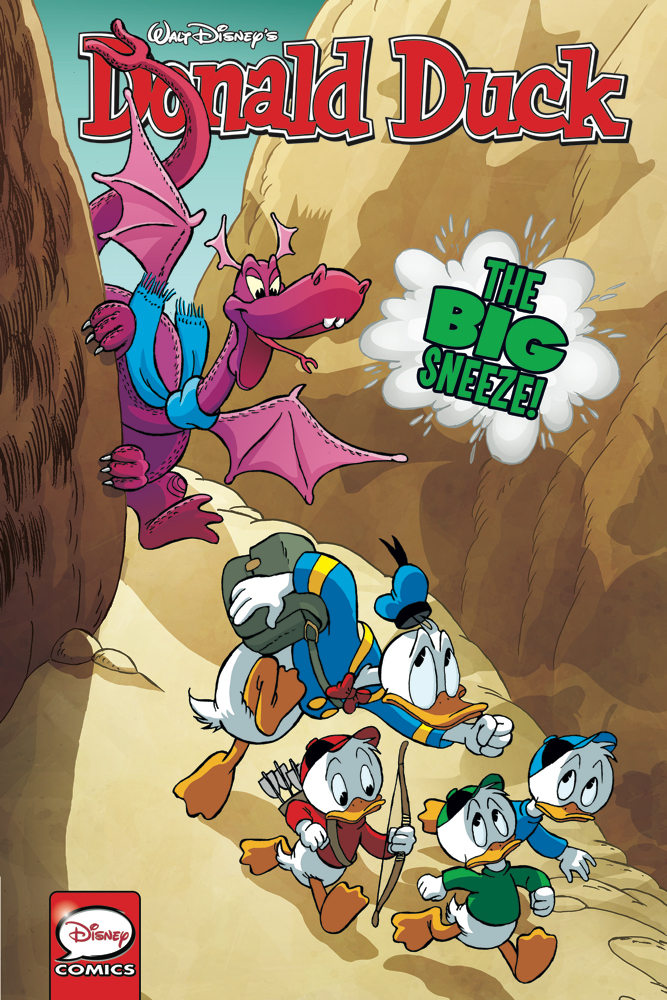 DEC160579
(W) Freddy Milton, Flemming Anderson, Mark Shaw, Laura Shaw, Lars Jensen (A) Flemming Andersen, Mark Shaw, Laura Shaw, Rob Jensen (A/CA) Freddy Milton
Here be dragons! Hold onto your swords and shields... Donald and his naughty nephews are meeting mythic menaces by the megaton! First, set sail for dragon-ravaged Kooka Boola Island, where a fractious Fountain of Youth turns sailors into babies-and Don and the boys into geezers! Next, Donald rejoins the Tamers of Nonhuman Threats to save an airfleet from plane-wrecking gremlins... but can he save his own tail feathers from a crash? Finally, in "The Call of C'rruso," in the city of Sp'too, deep under the sea, dread Pf'legmwad lies dreaming... until Donald wakes the legendary monster-god up! Collects IDW's Donald Duck #16-18.
In Shops: Feb 08, 2017
SRP: $12.99
View All Items In This Series