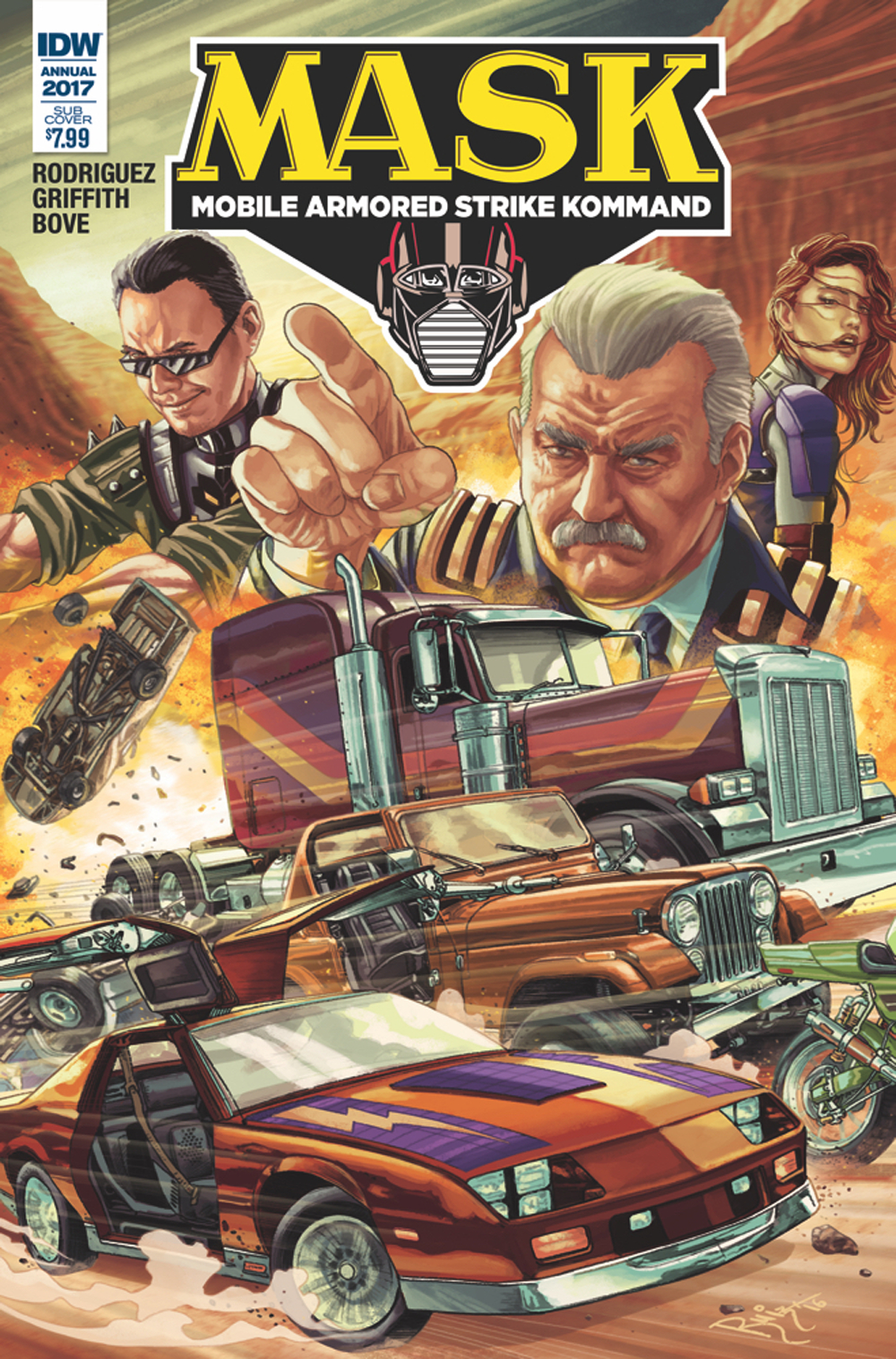 DEC160470
(W) David Rodriguez (A) Andrew Griffith (CA) Juan Carlos Ruiz
The M.A.S.K and G.I. Joe teams are put to the ultimate test as they join forces in a desperate, world-spanning, quest to keep V.E.N.O.M from harnessing the power of a stolen meteorite before its strange power can be used to dominate the world!
•   The Annual Offensive is here!
•   Re-imagining the original television pilot, "The Deathstone", for the new comic book age!
•   The origin of Cliff Dagger revealed!
In Shops: Mar 15, 2017
SRP: $7.99
View All Items In This Series