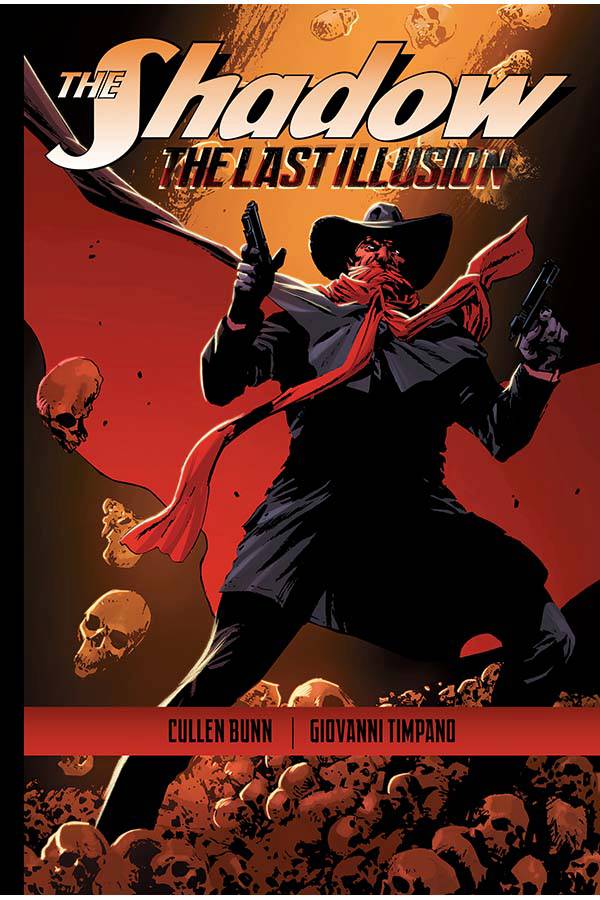 #
DEC158323
(W) Cullen Bunn (A) Colton Worley, Giovanni Timpano (CA) Butch Guice
The Shadow infiltrates the sanctum of The Society of United Magicians, an esoteric enclave of illusionists who are hell-bent on escaping the ultimate trap: death itself! Learning the secret of the so-called "Last Illusion" from the spirit of escape artist Harry Houdini himself, The Shadow becomes the next target of their murderous scheme. To thwart their plans, he must evade twisted traps and solve spellbinding puzzles, while simultaneously evading the deadly skills of Sandman, the magician assassin. A good (or evil) magician never reveals his secrets... but the Shadow knows!
In Shops: May 25, 2016
SRP: $19.99