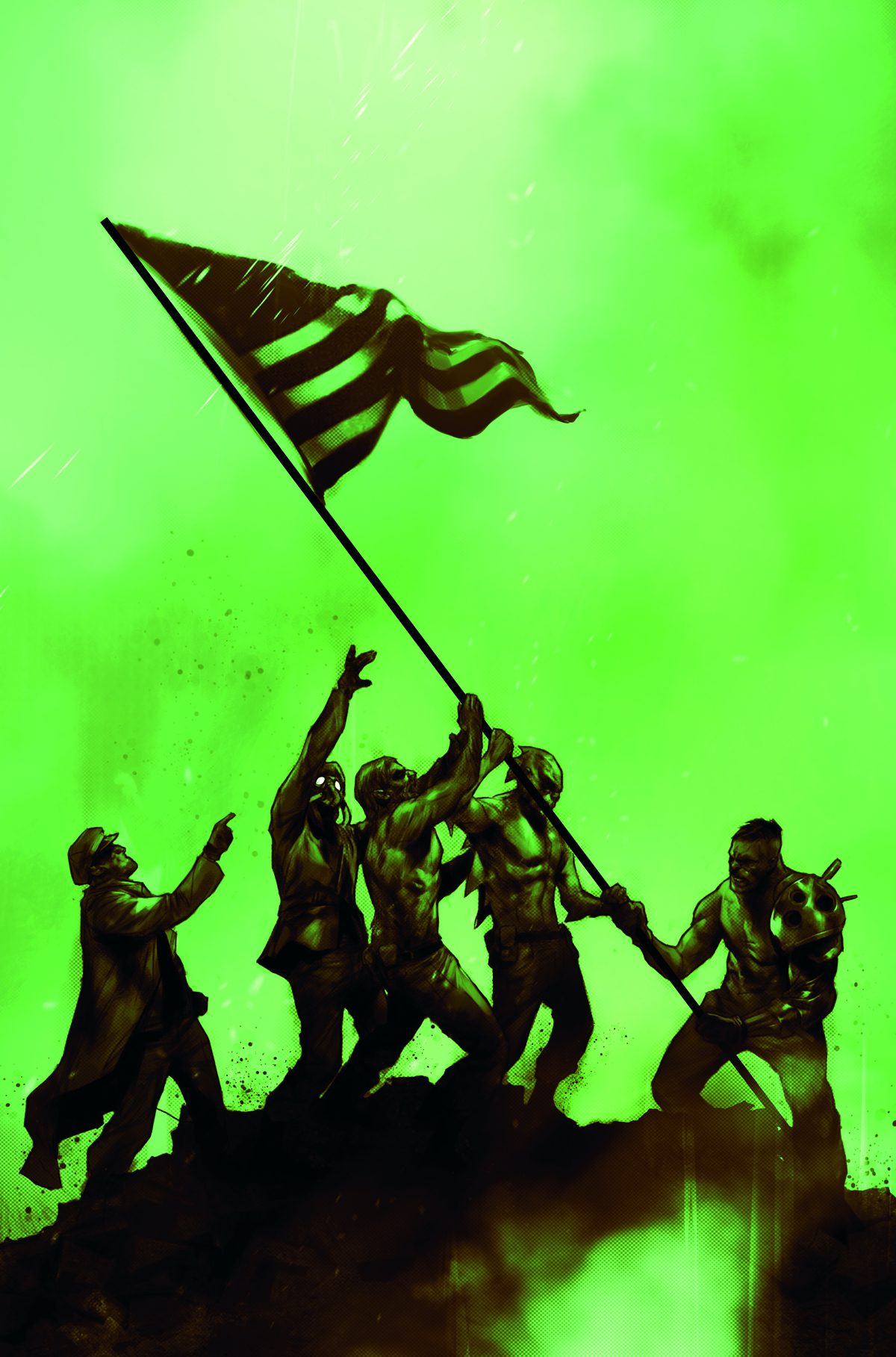 DEC151374
(W) Andi Ewington, Williams Brothers (A/CA) Raymund Bermudez
Plato once said, "only the dead have seen the end of war." Leave it to Hitler to try to prove him wrong. The Dreadnaughts' first mission is a direct offensive to stop the Nazis from raising an army of zombie soldiers. What's at stake? Just the entire human race. Perfect time for something dark and forgotten from Jack's past to come back and haunt him. Well, if the Dreadnaughts lose the campaign it may be time to brush up on your German.
In Shops: Feb 24, 2016
SRP: $3.99
View All Items In This Series
ORDER WISH LIST