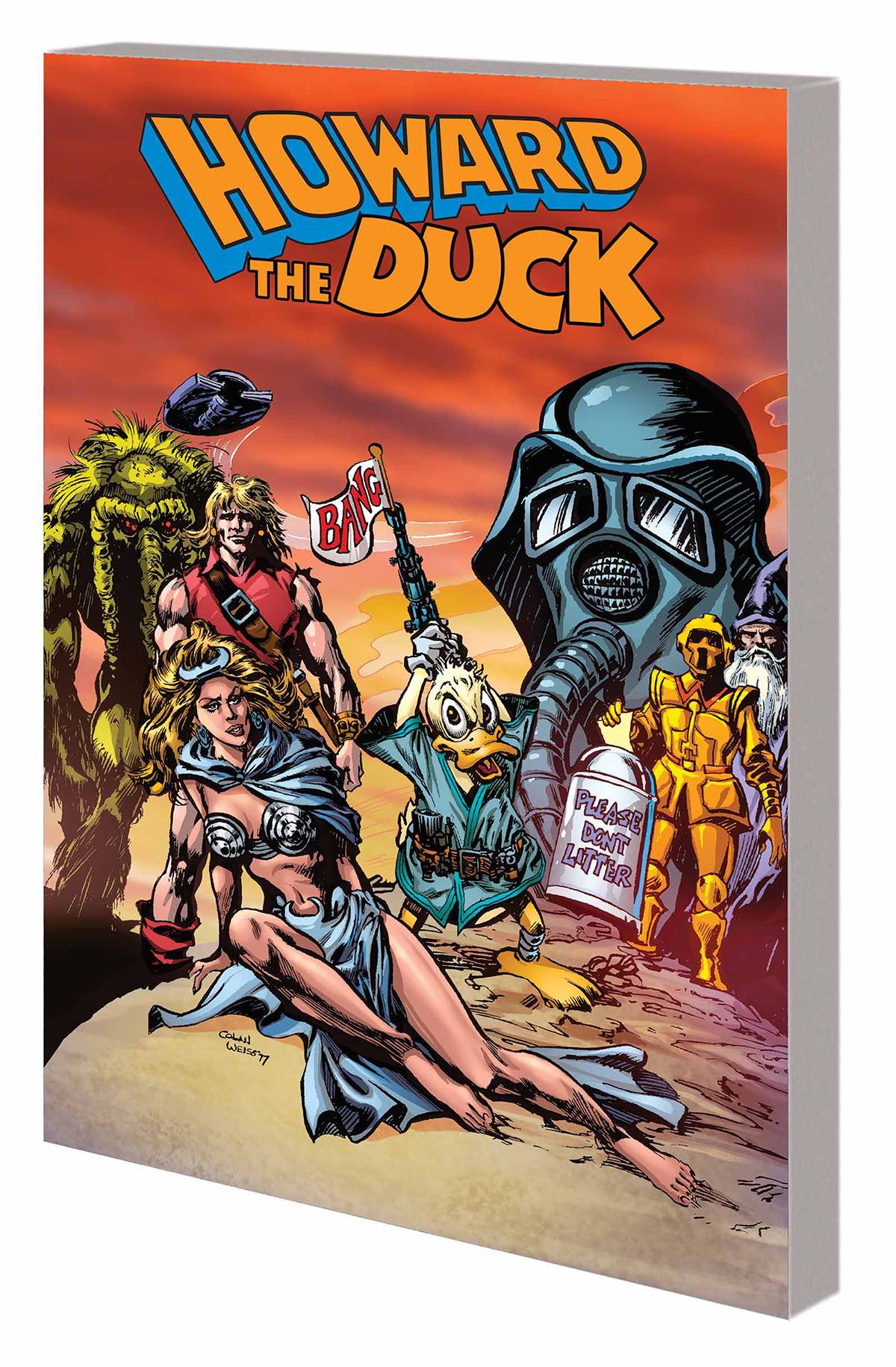 #
DEC150900
(W) Various (A) Various (CA) Gene Colan
Howard's greatest enemy, Dr. Bong, has the fuming fowl at his mercy! And Howie's best gal, Beverly, faces an ultimatum: Marry the villain, or the duck's goose is cooked! Bing-Bong, the bells are gonna chime! It gets worse still for our feathered friend when he undergoes a monstrous transformation - into Howard the Human! Maybe he and his old pal, Man-Thing, will find some new hope in an oddly familiar galaxy amid a Star Waaugh! Plus: The never anodyne anatine will have his wings full with the Circus of Crime, the moral guardians of S.O.O.F.I. and the soap suds that walk like a man. But as the Final Bong approaches, he'll find himself strapped in an armor he never made - as the Irascible Iron-Duck! Collecting HOWARD THE DUCK (1976) #17-31 and HOWARD THE DUCK MAGAZINE #1.
Rated T
In Shops: Feb 24, 2016
SRP: $34.99
View All Items In This Series
ORDER WISH LIST