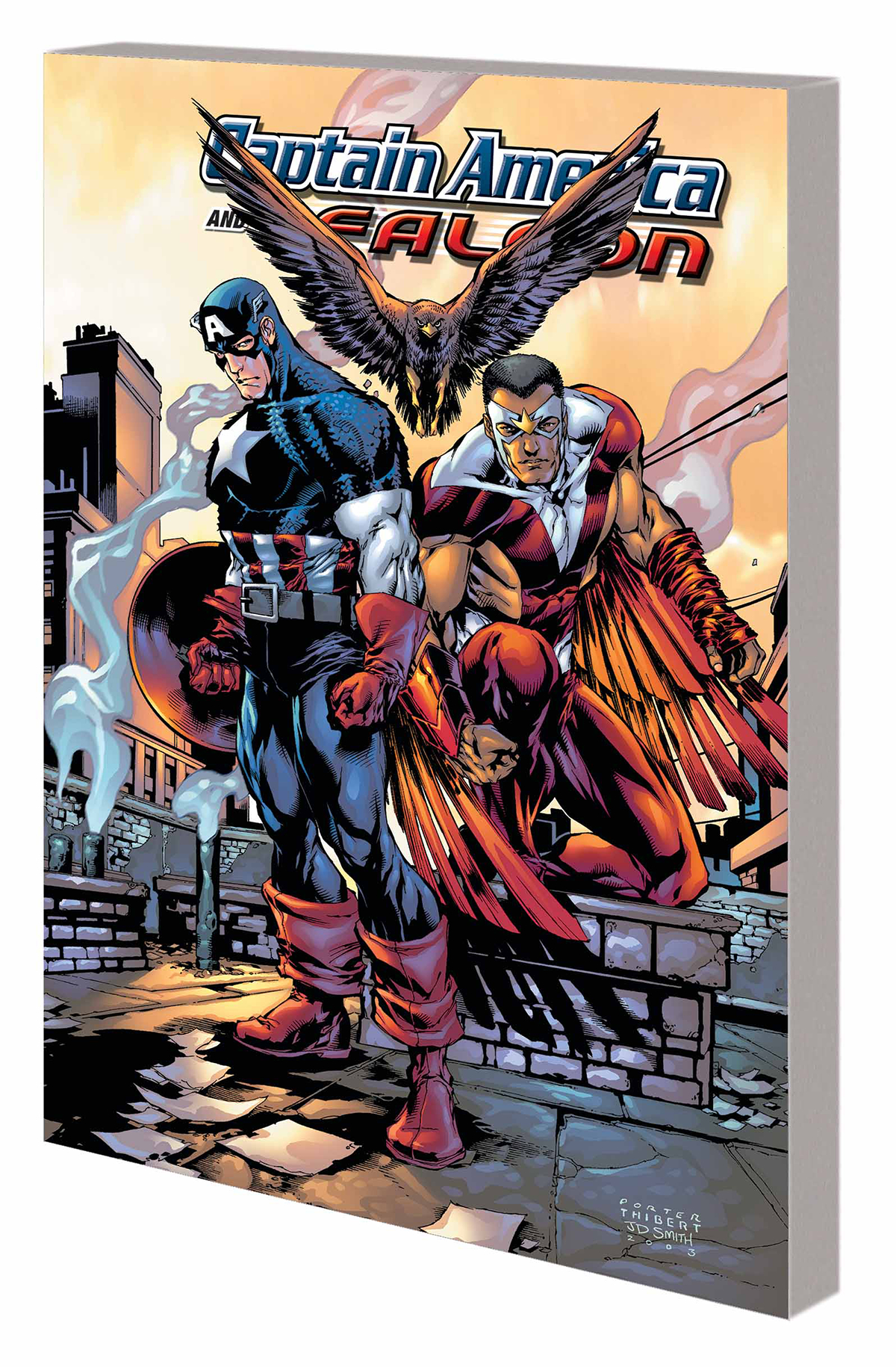 DEC150899
(W) Christopher Priest (A) Various (CA) Howard Porter
They're best friends, teammates, brothers-in-arms - but that bond is tested to the limit when Falcon targets the Rivas drug cartel, and the Super-Sailor known as the "Anti-Cap" sets his sights on Sam Wilson! Can Captain America thwart his dark doppelgänger before Sam Wilson's wings are clipped? Fingers crossed, because there's a Mental Organism Designed Only for Killing waiting in the wings, and nobody's better at stopping him than Cap and Falcon! But M.O.D.O.K.'s not the only big headache on the horizon, with the Avengers about to be Disassembled and all. Is this really the best time for Steve to be kissing the Scarlet Witch? Plus: With the Rivas out for revenge, Falcon may cross a line that could finish one of comics' greatest partnerships once and for all! Collecting CAPTAIN AMERICA AND THE FALCON (2004) #1-14.
Rated T+
In Shops: Mar 16, 2016
SRP: $34.99
ORDER WISH LIST