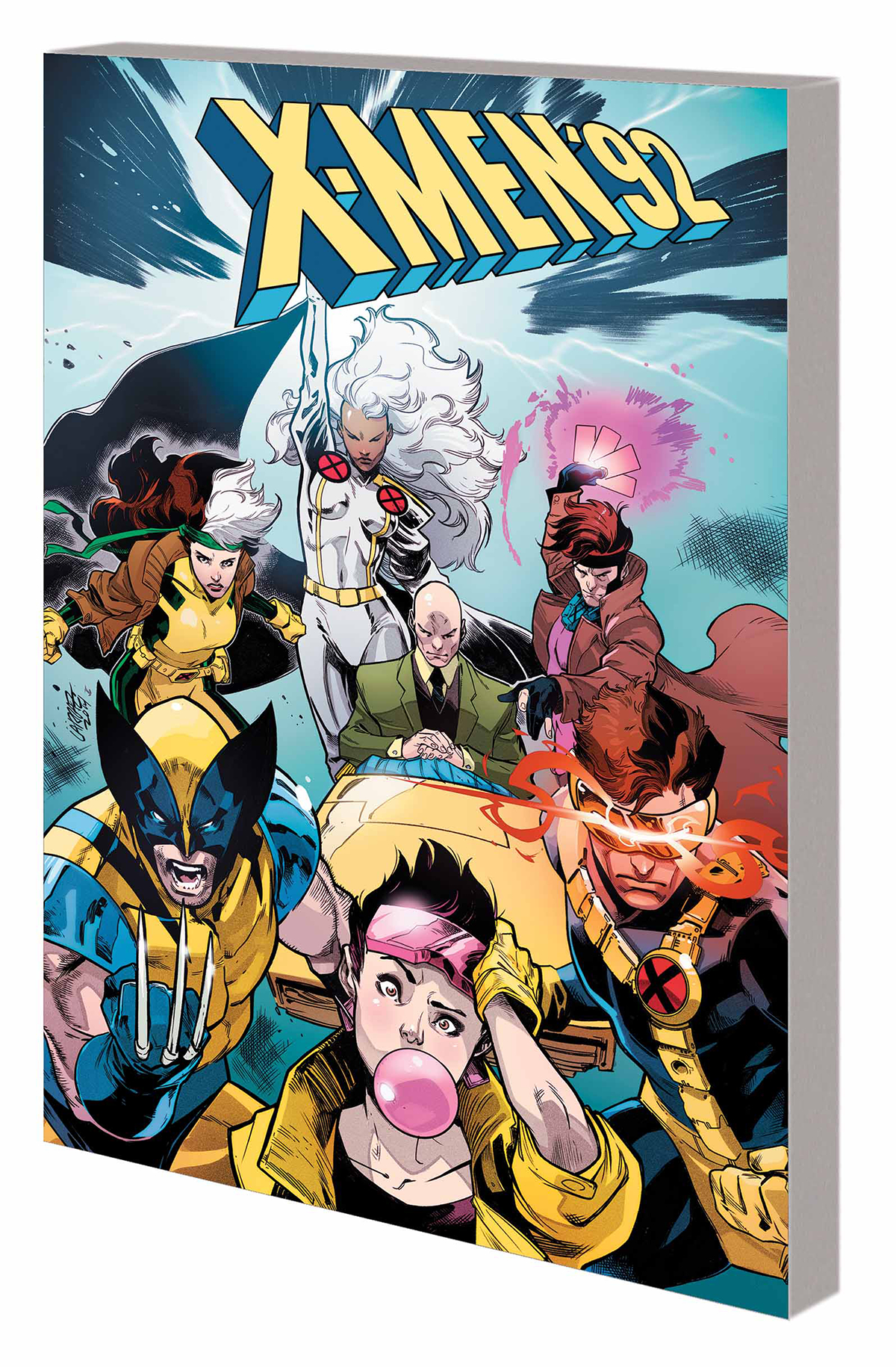 DEC150882
(W) Chris Sims, Chad Bowers (A) Scott Koblish (CA) Pepe Larraz
Revisit a blue-and-golden age for the X-Men in Battleworld's most animated realm! The '90s-era team is as uncanny as ever: Professor X, Cyclops, Storm, Wolverine, Rogue, Gambit and - yes! - Jubilee. And when the Clear Mountain Project purports to offer evil mutants a chance at rehabilitation, it's up to the X-Men to investigate! As things go wrong, they'll face some of their decade's fiercest foes, like Cyber and Omega Red - but who on Battleworld is the Shadow Queen?! With the X-Men in deep trouble, will anyone step up to save the domain of Westchester from a future of fear and hatred? How about an X-Force '92 lineup featuring Cable, Deadpool, Domino, Psylocke, Archangel and Bishop? Could this totally tubular tale be any more '90s? Collecting X-MEN '92 (2015) #1-4.
Rated T
In Shops: Mar 09, 2016
SRP: $16.99
View All Items In This Series
ORDER WISH LIST