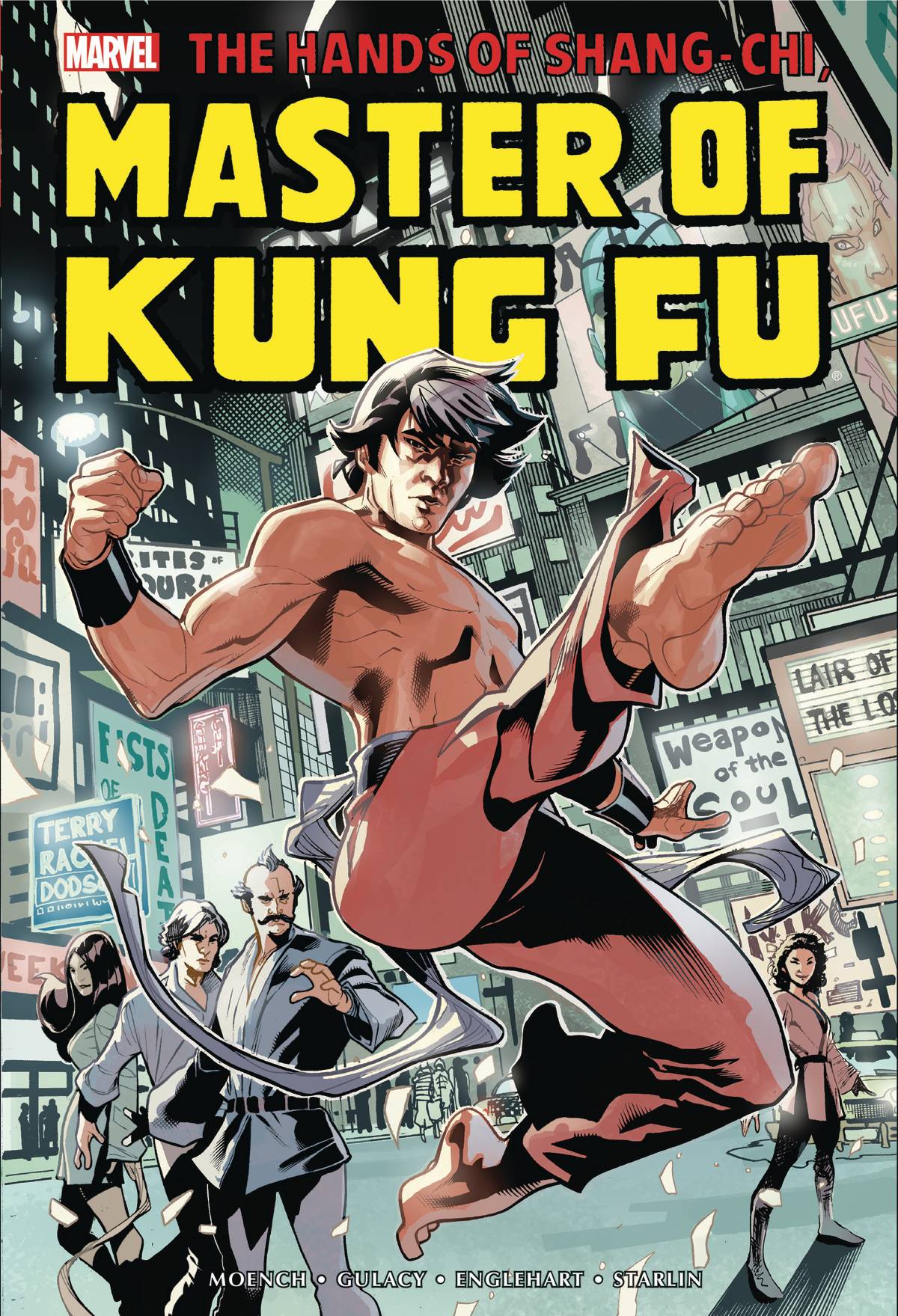 #
DEC150876
(W) Various (A) Various (CA) Gabriele Dell'Otto
One of the most groundbreaking Marvel Comics of all is collected for the first time! Born to be the world's most fearsome fighter, Shang-Chi's life takes a major turn when he discovers the truth about his father, the villainous Fu Manchu! So begins the epic story of the Master of Kung Fu! On a quest to end the reign of his pernicious patriarch, Shang-Chi pits his deadly hands and furious feet against incredible foes like Tiger-Claw, Razor-Fist, the mysterious Midnight - and even the macabre Man-Thing! But will his mastery of martial arts be enough in a throwdown with the Amazing Spider-Man? Collecting SPECIAL MARVEL EDITION #15-16, MASTER OF KUNG FU (1974) #17-37, GIANT-SIZE MASTER OF KUNG FU #1-4, GIANT-SIZE SPIDER-MAN #2 and material from IRON MAN ANNUAL #4.
Rated T
In Shops: Jun 01, 2016
SRP: $125.00
View All Items In This Series