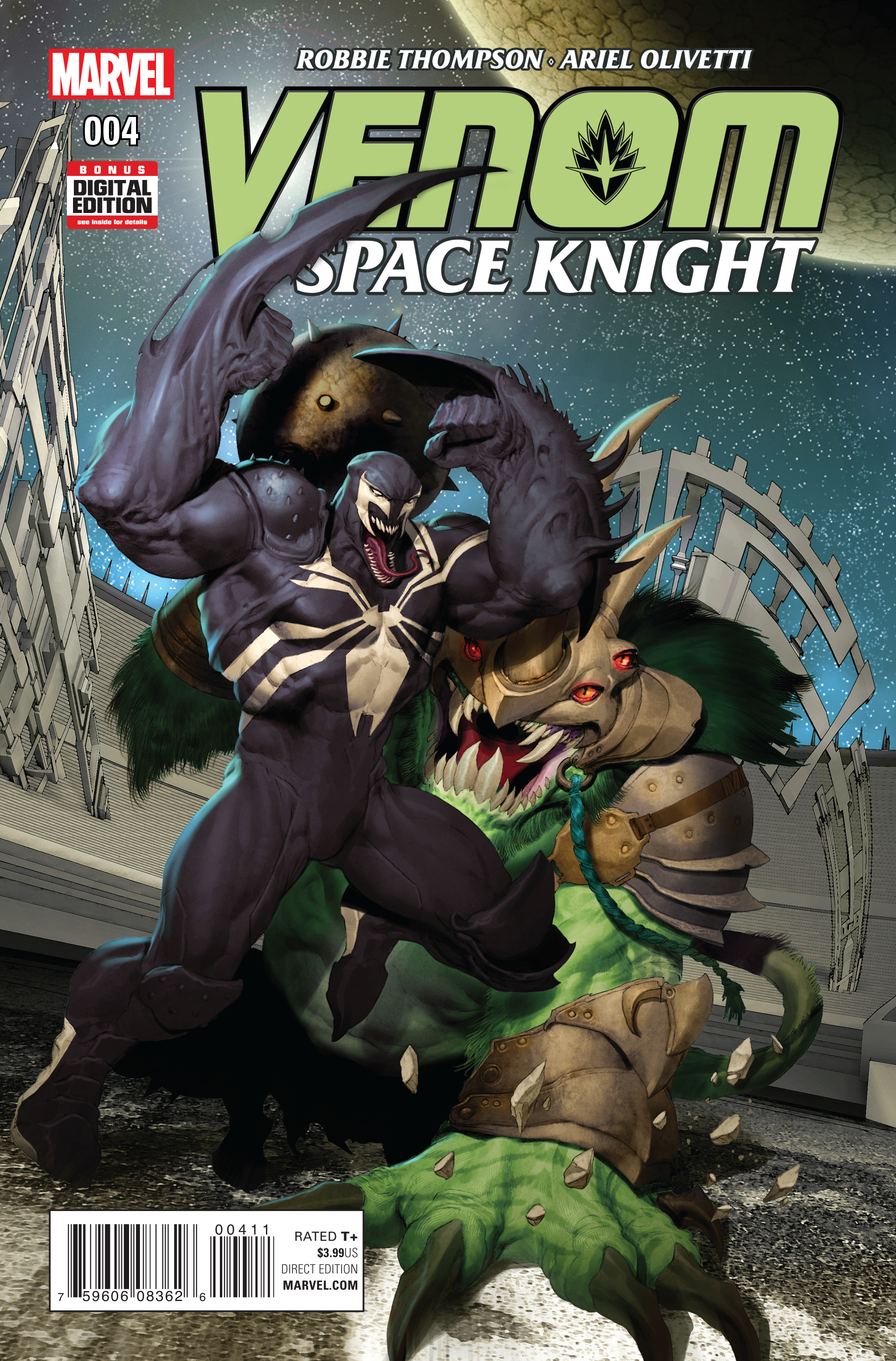 DEC150782
(W) Robbie Thompson (A/CA) Ariel Olivetti
GUARDIAN BECOMES GLADIATOR!
•  Venom finally meets some aliens who don't need his help!
•  They just want him to FIGHT 'til he BLEEDS in their COMBAT ARENA!!!
•  And in a turn of similar luck, the notorious, vicious PIK ROLLO finally catches up to Venom and 803.
Rated T+
In Shops: Feb 24, 2016
SRP: $3.99
View All Items In This Series