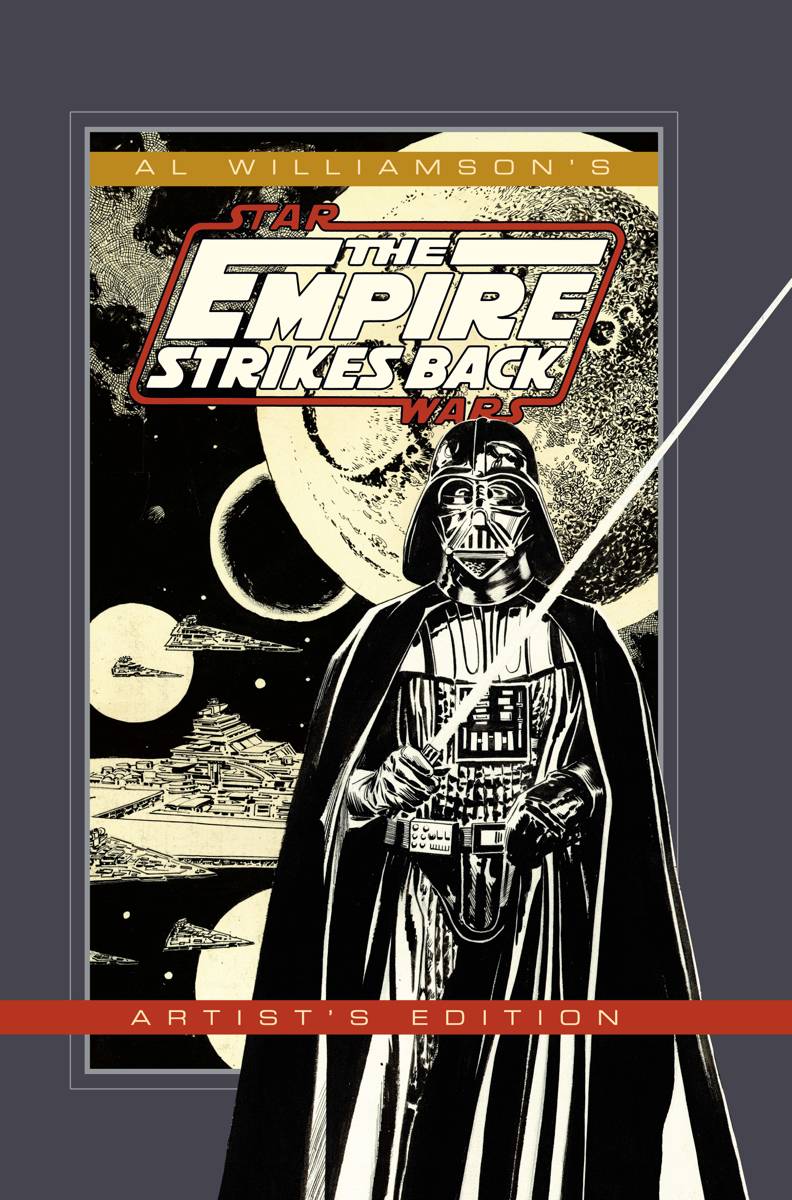 #
DEC150405
(W) Archie Goodwin (A/CA) Al Williamson
Al Williamson's career is crammed full of amazing accomplishments: drawing the definitive comic-book version of Alex Raymond's Flash Gordon, producing the X-9: Secret Agent Corrigan comic Strip for 10 years, plus many more! Williamson's classic run on Star Wars: The Empire Strikes Back is legendary among fans of classic comic art. His heroic adventure style was perfectly suited for the Star Wars franchise-so much so that Williamson was George Lucas' first choice for the Star Wars newspaper comic strip). This incredible Artist's Edition collects all of Williamson's Empire work, as well as selected pages from Return of the Jedi and other Star Wars pages by the artist.
In Shops: Jul 13, 2016
SRP: PI
ORDER WISH LIST