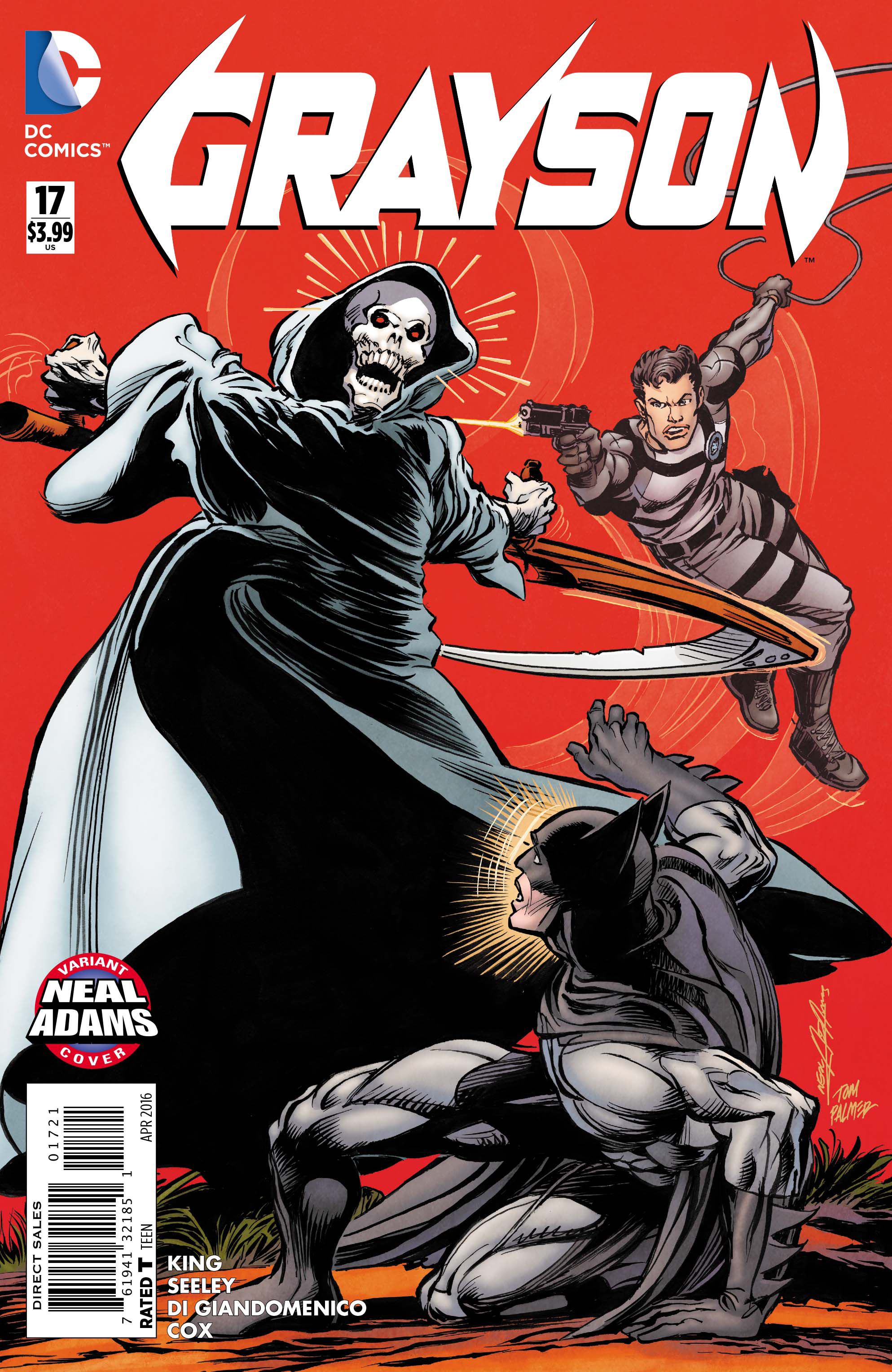 DEC150284
(W) Tim Seeley, Tom King (A) Carmine Giandomenico (CA) Neal Adams
Agent 37 has run out of allies to turn to in his fight against Spyral. His only choice is to go even deeper into the shadows and recruit a team of spies that will help him challenge the monster that Spyral has become since his former friends Tiger and Helena took over the organization.
In Shops: Feb 24, 2016
SRP: $3.99
View All Items In This Series