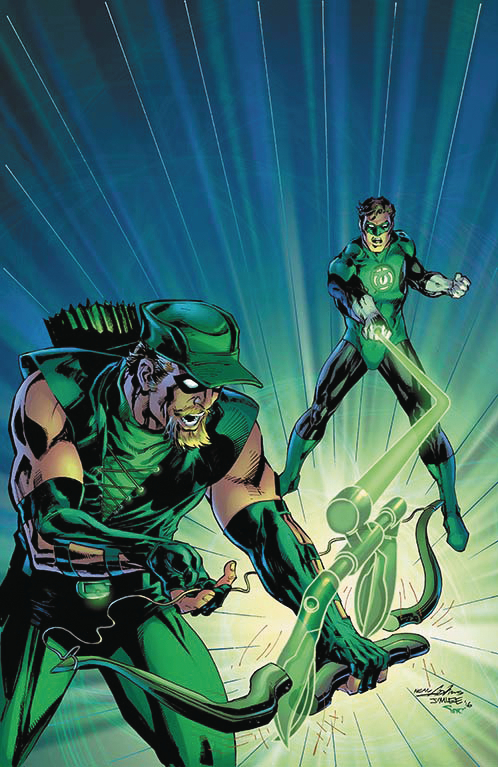 DEC150234
(W) Ben Percy (A) Szymon Kudranski (CA) Neal Adams
The Patriots have been cleared of any wrongdoing during the Midnight Parade attack, which only encourages what Green Arrow sees as state-sanctioned violence against the wargs! How can Oliver hide the symptoms of his Lukos infection while keeping the city safe from a brewing war?
In Shops: Feb 03, 2016
SRP: $2.99
View All Items In This Series