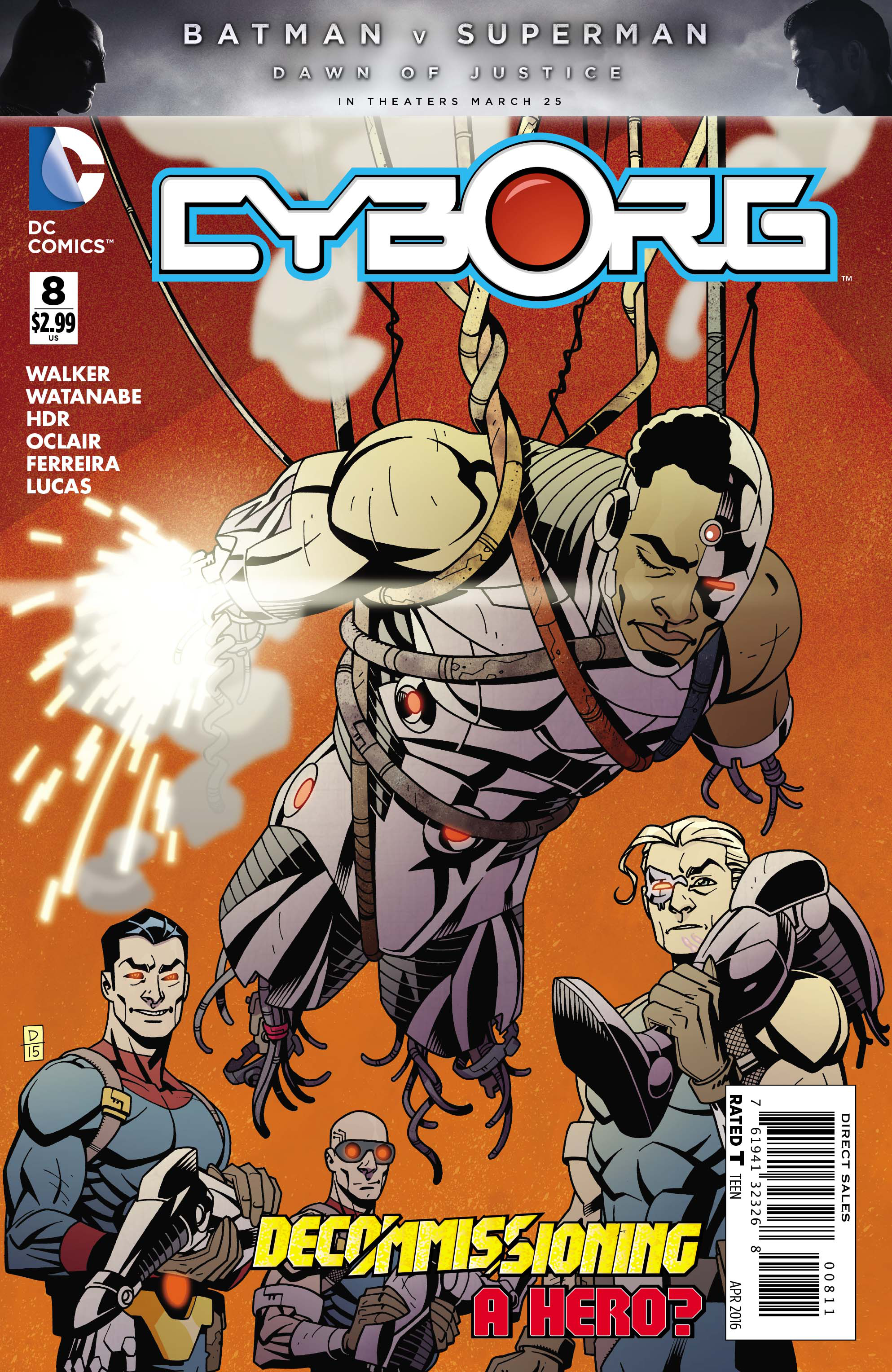 DEC150224
(W) David Walker (A) Felipe Watanabe, Daniel HDR, Julio Ferreira, Oclair Albert (CA) Derec Donovan
Following the Technosapien invasion, the government implements greater regulation on cybernetics. Their first step is determining ownership of the cybernetics implanted in Vic Stone, setting up a major conflict when it is decided that Vic is actually property of the government. And when he refuses to comply, a warrant is issued for his arrest-and Vic Stone becomes a hunted man!
In Shops: Feb 24, 2016
SRP: $2.99
View All Items In This Series