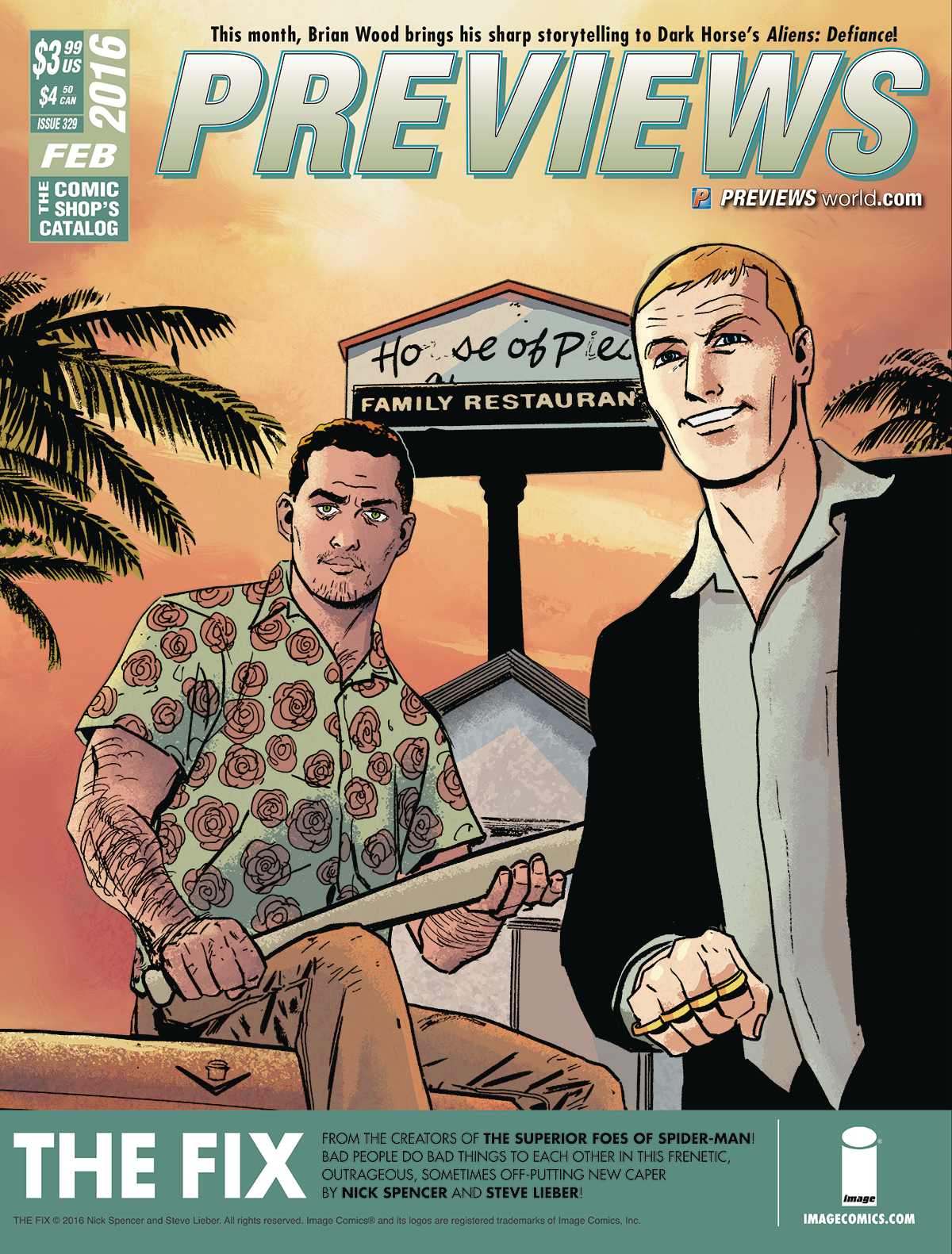 DEC150001
THIS MONTH'S COVER ART: New projects from Image Comics and DC Comics!
THIS MONTH'S THEME: Kids Comics-An All-Ages Extravaganza!
Since 1988, PREVIEWS has been your ultimate source for all of the comics and merchandise to be available from your local comic book shop... revealed up to two months in advance! Hundreds of comics and graphic novels from the best comic publishers; the coolest pop-culture merchandise on Earth; plus PREVIEWS exclusive items available nowhere else! Now more than ever, PREVIEWS is here to show the tales, toys and treasures in your future! This February issue features items scheduled to ship in April 2016 and beyond.
In Shops: Jan 27, 2016
SRP: $3.99
View All Items In This Series
ORDER SUBSCRIBE WISH LIST