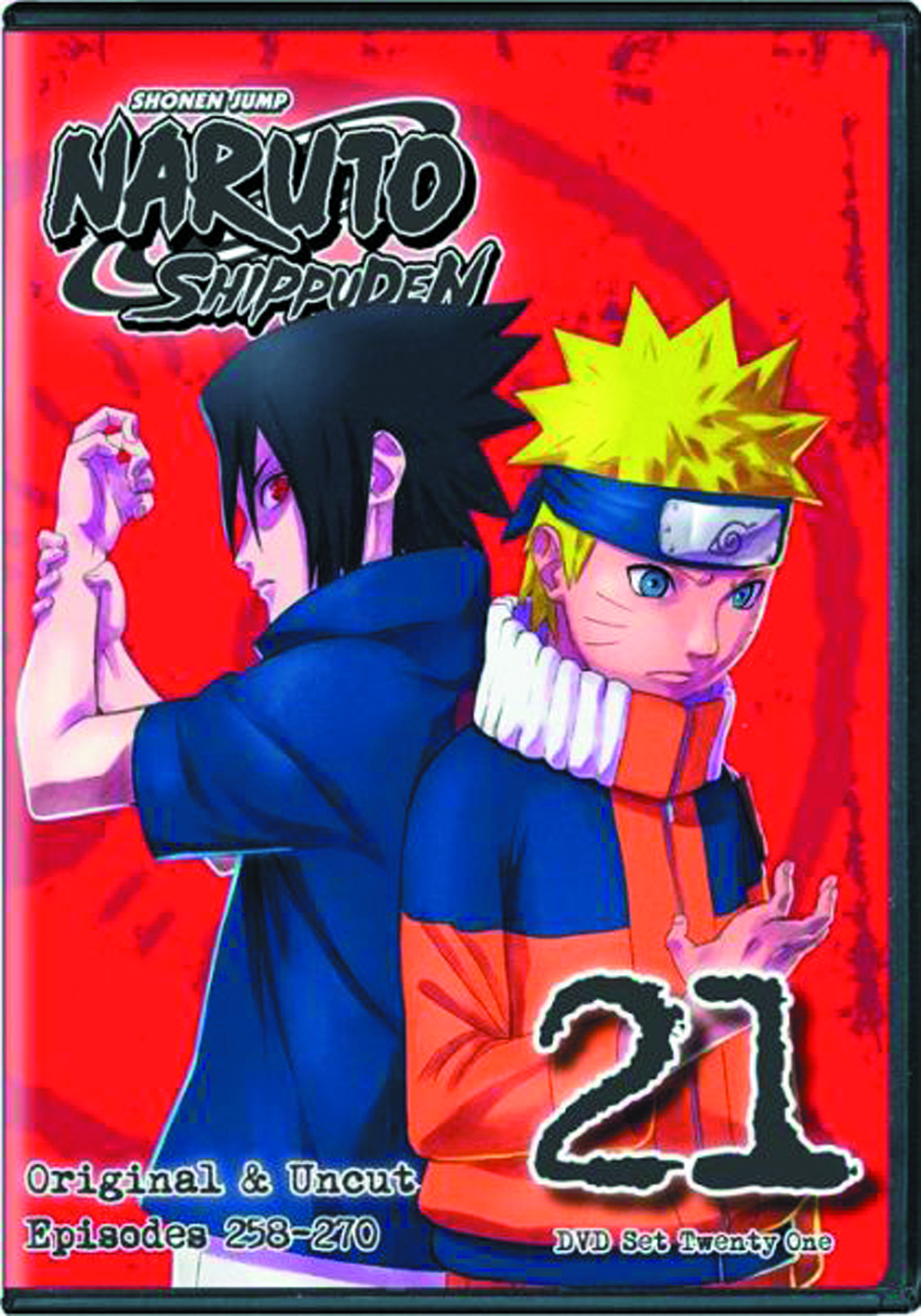 DEC142591
From VIZ Media! The Fourth Great Ninja War has begun and even the strongest fight to survive! The quest for power and struggle for control leads many heroes down hard roads. Sasuke's revelation of Naruto's potential and defeat in combat lead him to consider the path of Orochimaru. While Naruto continues to master the power within under the watchful eye of Killer Bee, the Allied Shinobi Forces confront Madara and Kabuto's army of Reanimated Shinobi and White Zetsu. Can the alliance hold long enough to stop the army? Episodes 258-270.