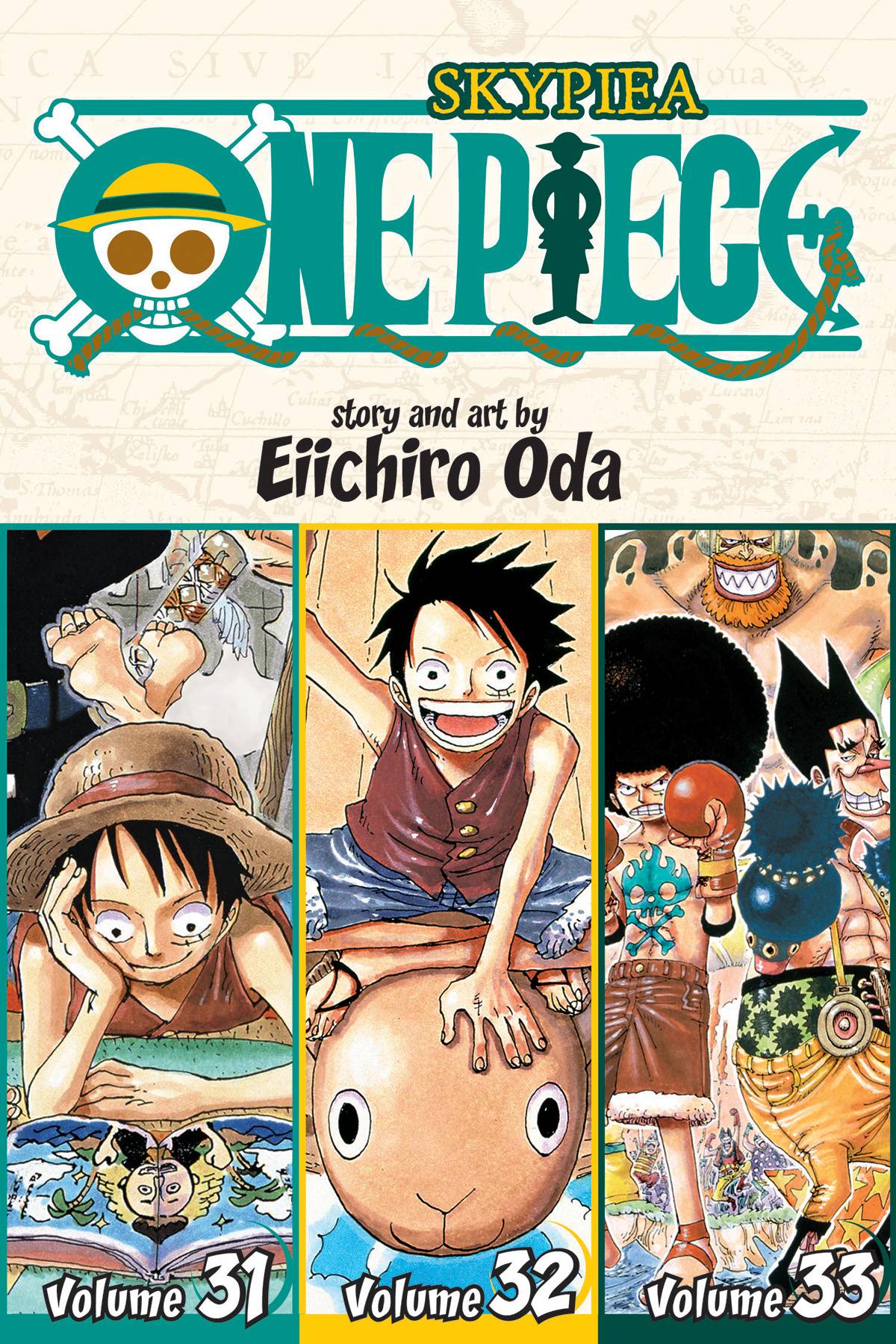 #
DEC141764
(W) Eiichiro Oda (A/CA) Eiichiro Oda
The sky island of Skypiea is in danger of complete eradication if its maniacal leader Kami Eneru has his way. Luffy and his Straw Hat Crew entered the territory seeking a city of gold, but once the team befriends some citizens and learns the local lore, their mission turns personal. In an extended clash, Luffy and Eneru duke it out - Luffy's rubber limbs and indomitable spirit against the Kami's insane arsenal of weapons, including the terrifying and mysterious Golden Bell!