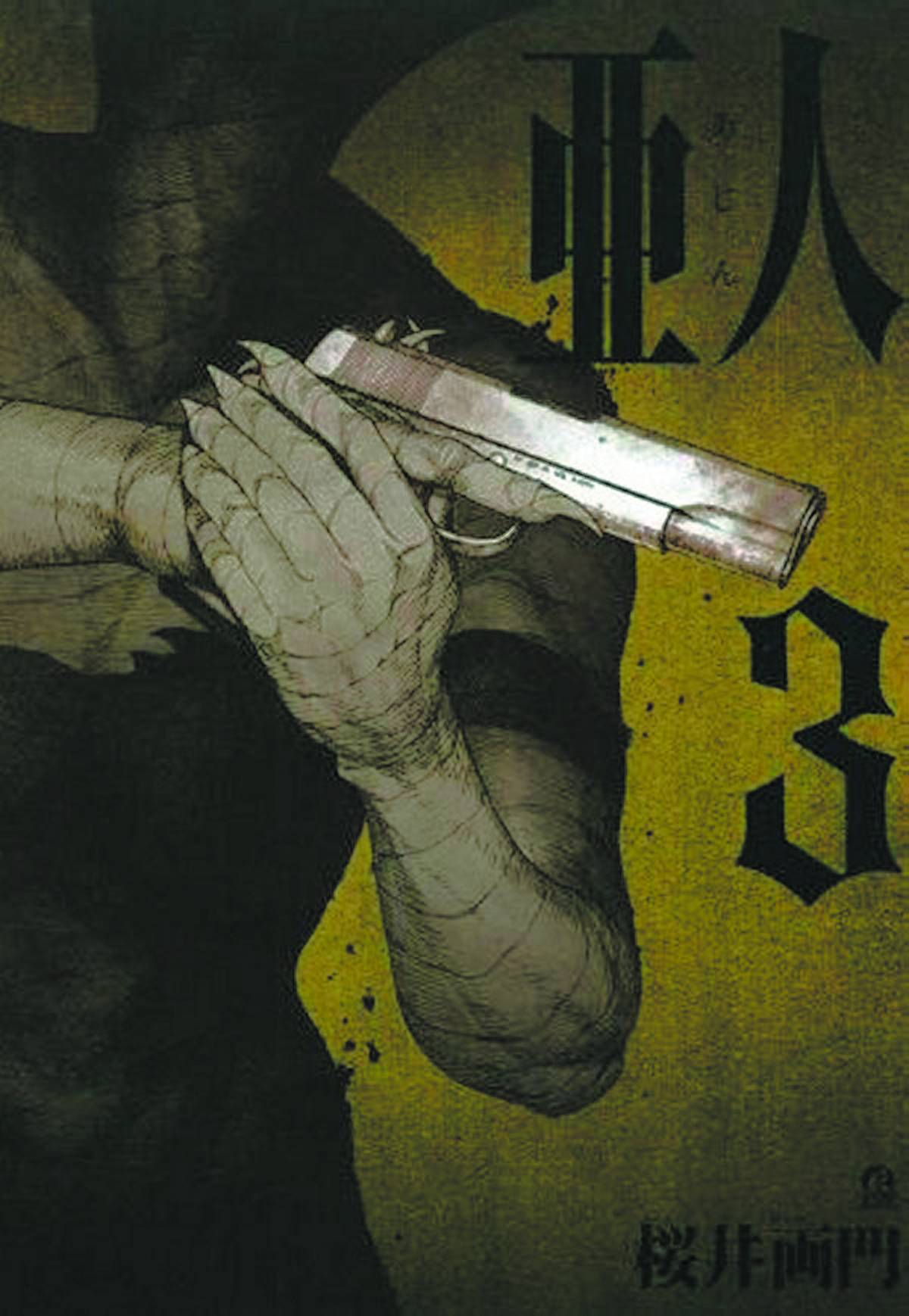 #
DEC141736
(W) Gamon Sakurai (A/CA) Gamon Sakurai
One of the top-selling manga in Japan today, having sold more than 600,000 since March 2013, now hits North American shores. AJIN combines super-natural themes with sci-fi action for a very modern high-paced yarn! High school student Kei Nagai is killed in a traffic accident, but immediately revives to learn that he may not be human at all. Instead, he may be a Demi-Human, a mysterious almost immortal being blessed with amazing super-human abilities. Scared, he runs away, and is aided in his escape from society by his friend Kai. Unfortunately for Kei, the manhunt is on and he will soon be caught within a conflict between mankind and other Demi-Humans as they prepare to fight for global supremacy.
In Shops: Feb 11, 2015
SRP: $12.95
View All Items In This Series
ORDER SUBSCRIBE WISH LIST