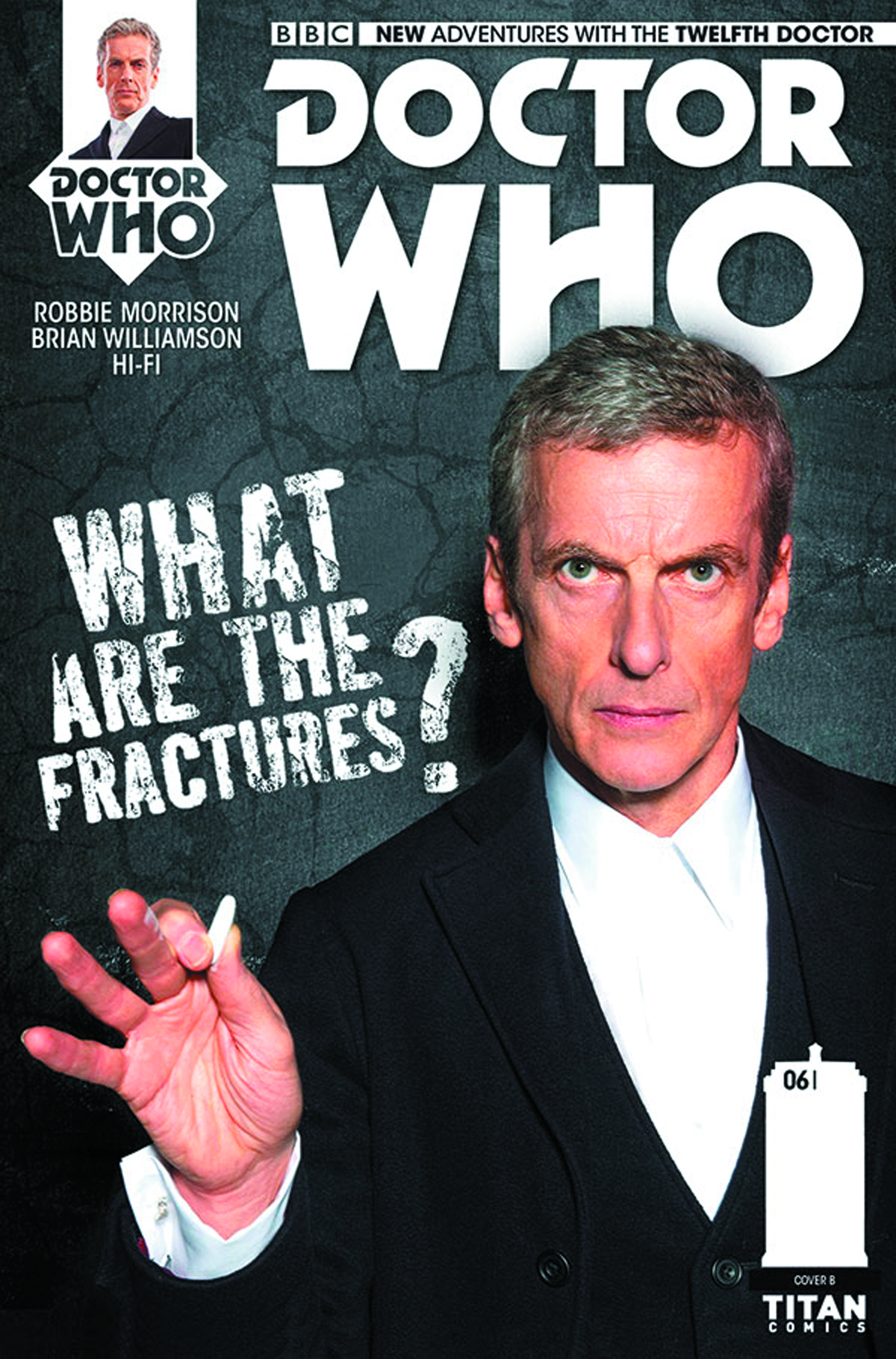 DEC141675
(W) Robbie Morrison (A) Brian Williamson (CA) Photo
WHO OR WHAT ARE THE FRACTURES?

Molly's father was killed in a terrible accident. UNIT scientist John Foster suffered the same fate. But are they really gone? Both play a part in the universe-hopping new arc! The Doctor and Clara race against time to both stop a dreaded new peril - The Fractures - in a bid to stop reality unraveling around them.
In Shops: Mar 18, 2015
SRP: $3.99
View All Items In This Series