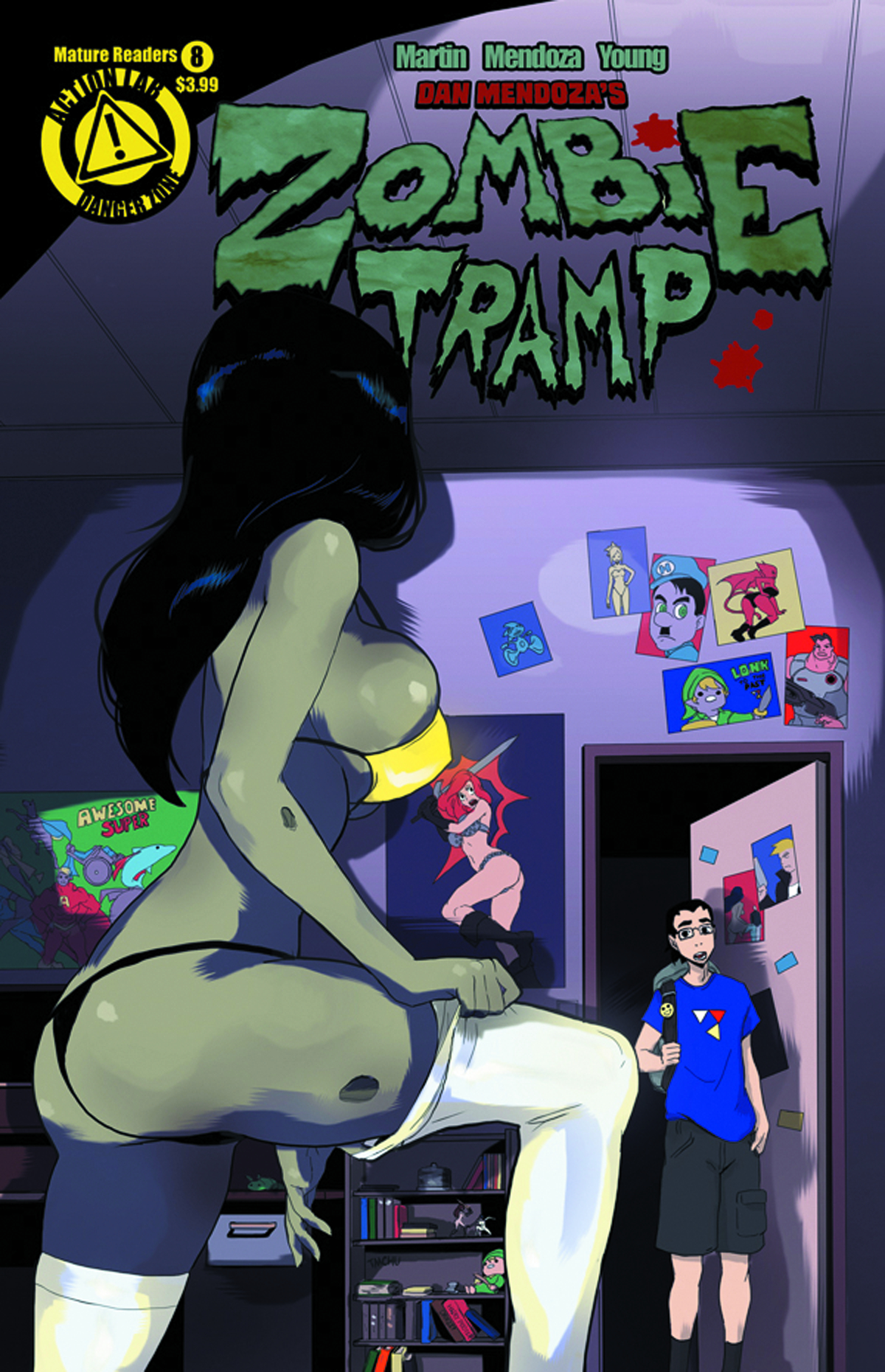 DEC141020
(W) Jason Martin, Dan Mendoza (A) Winston Young (CA) TMChu
Janey's prize possession, her copy of the Necronomicon that helps her blend in and survive as an undead zombie tramp amongst the living, has gone missing. Now can she retrieve the book even though its new owner stirs long lost feelings as well? It's Valentine's Day, Zombie Tramp-style! Also look for the first appearance of an all-new character soon to have her own series! Available with a regular cover, a variant cover by Dan Mendoza limited to 1,500 copies, a Risque cover by TMChu limited to 2,000 copies, and a Valentine's Day cover by Andrew Pepoy limited to 1,500 copies.
In Shops: Feb 25, 2015
SRP: $3.99
View All Items In This Series
ORDER SUBSCRIBE WISH LIST