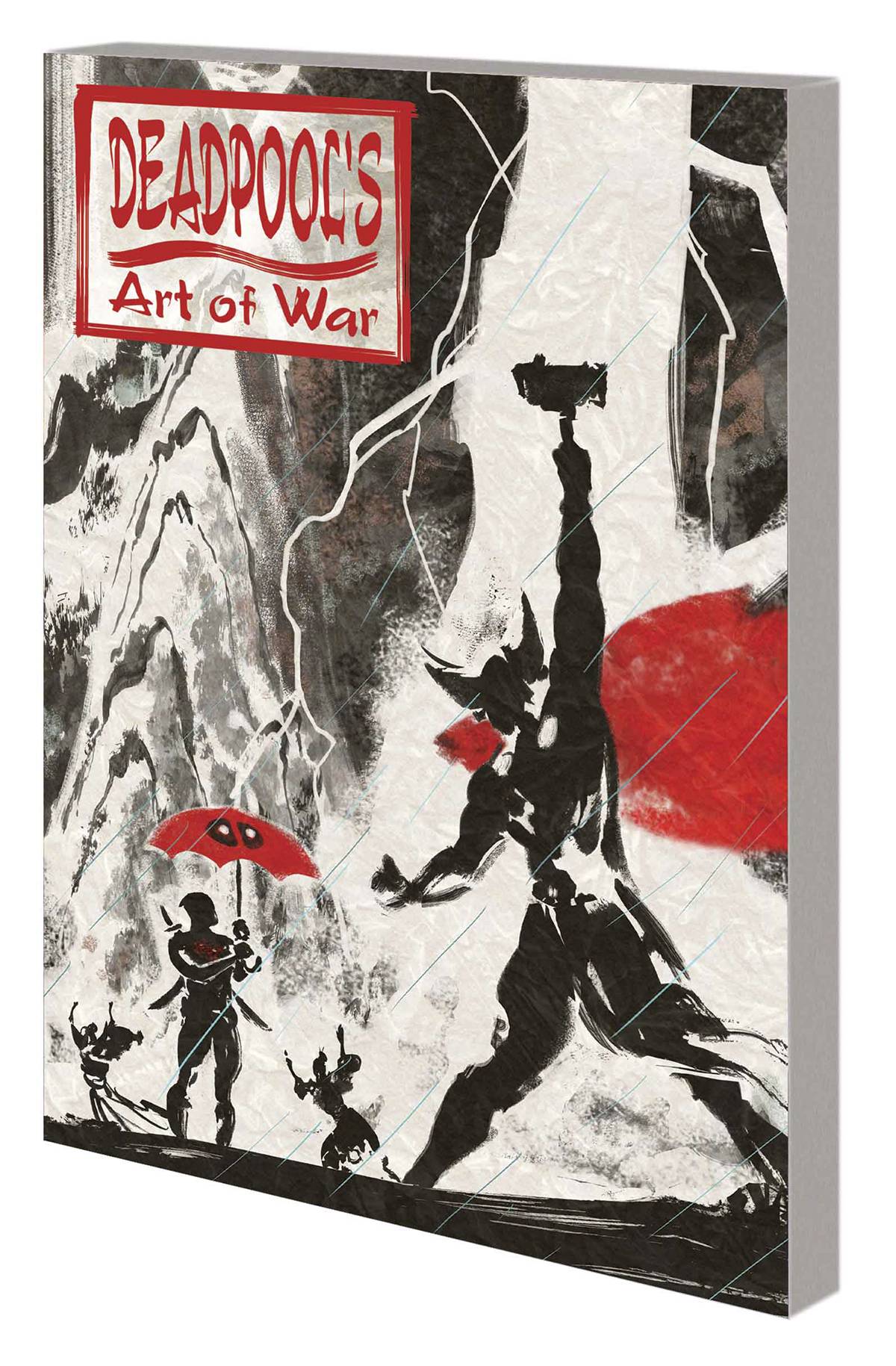 #
DEC140974
(W) Peter David (A/CA) Scott Koblish
Sun Tzu's Art of War has been called the definitive work on military strategy and tactics. It has influenced leaders in both warfare and business for hundreds of years. Which means it's totally in the public domain, and ripe for being ripped off by Deadpool! And what's Deadpool's plan to ensure that his version outsells the original? Make sure the world is at war when it comes out! But Deadpool soon finds it's easier starting a war than it is keeping the war under his control! Now, Loki has imprisoned 'Pool and is about to conquer Earth! Fortunately, Deadpool knows the art of war, right? (He does, that's sort of the point. He's teaching you about war in this series.) Will Deadpool's war destroy Earth - or make him a best-selling author? Collecting DEADPOOL'S ART OF WAR #1-4.
Parental Advisory
In Shops: Mar 18, 2015
SRP: $12.99
ORDER WISH LIST