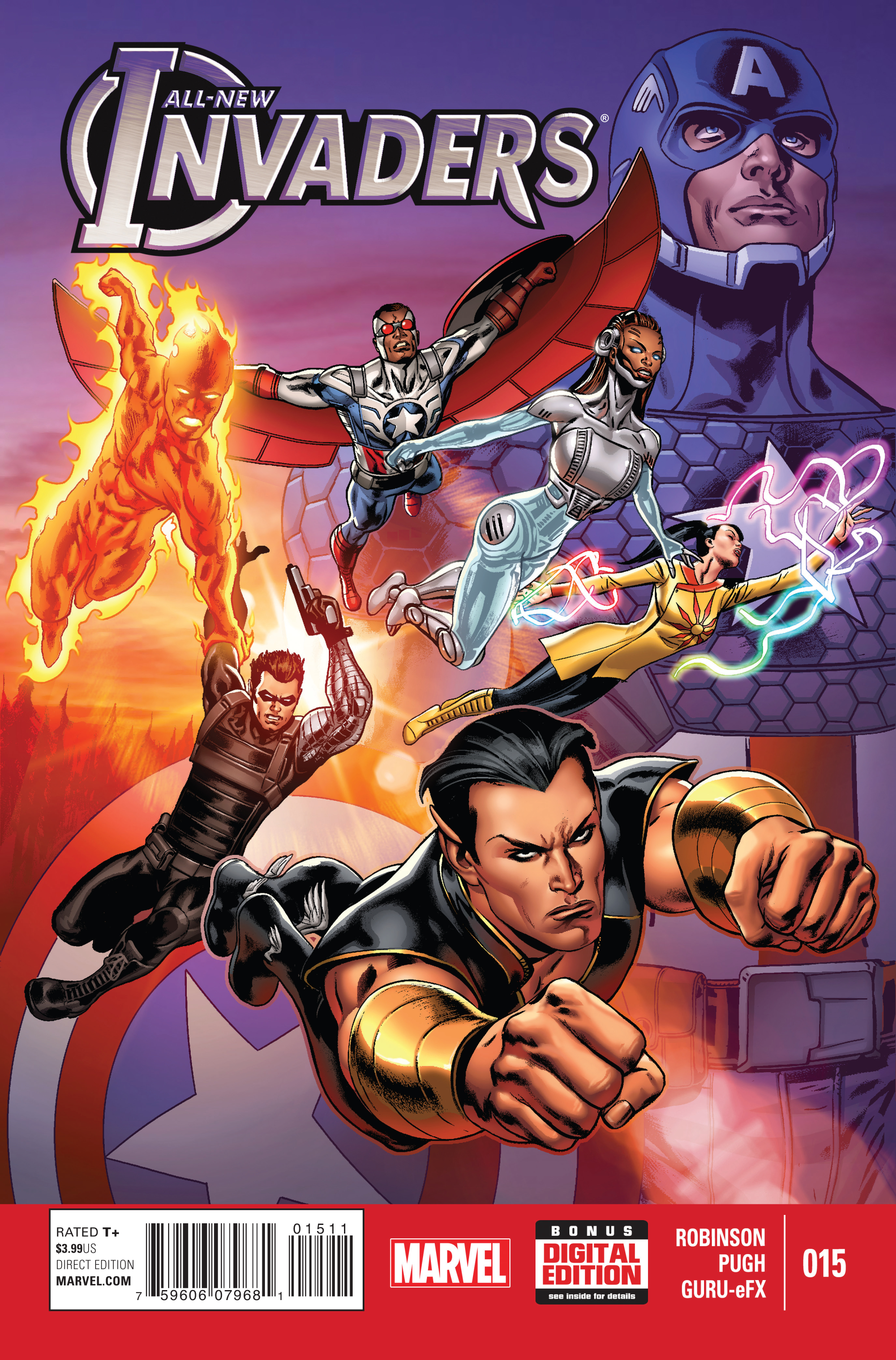 DEC140914
(W) James Robinson (A/CA) Steve Pugh
THE RETURN OF TORO PART TWO
•  As the series draws to a close, STEVE ROGERS, JIM HAMMOND and NAMOR consider the INVADERS' past and future.
•  Meanwhile the Neo-Nazi threat that these heroes (including RADIANCE and SAM WILSON CAPTAIN AMERICA) face, now involves both LASH and the Royal Family of the INHUMANS, with both sides after both TORO and IRON CROSS.
•  And what of the impending threats from the MARTIANS, the KREE and ETERNALS?
•  And the final fate of HAIRBALL THE CAT.
Rated T+
In Shops: Feb 25, 2015
SRP: $3.99
View All Items In This Series