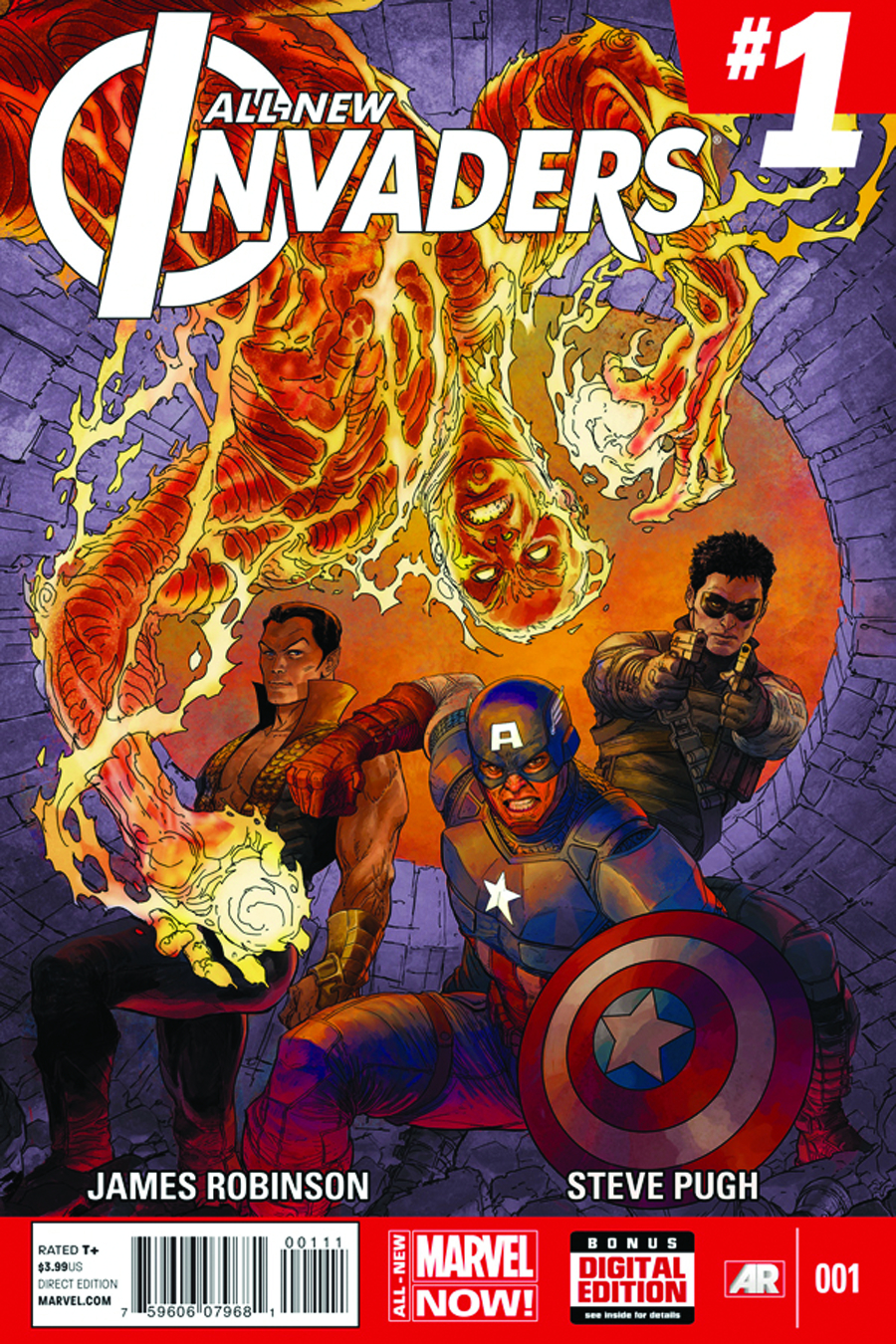 DEC138406
(W) James Robinson (A) Steve Pugh (CA) Mukesh Singh
From Marvel Comics. "Gods and Soldiers" Part One -- Eisner Award winner James Robinson (Starman, Earth 2) returns to Marvel, uniting with Steve Pugh (Animal Man, Hotwire, Gen-X) to create a unique, modern day take on the Invaders. The Kree Empire intends to conquer the universe using a weapon that will grant them an army of Norse Gods. It falls to four heroes united by their past -- Captain America, Namor, the Original Human Torch and the Winter Soldier -- who must now face the future and wage war against the Kree to save Earth. Scheduled to ship 03/12/14. (161)