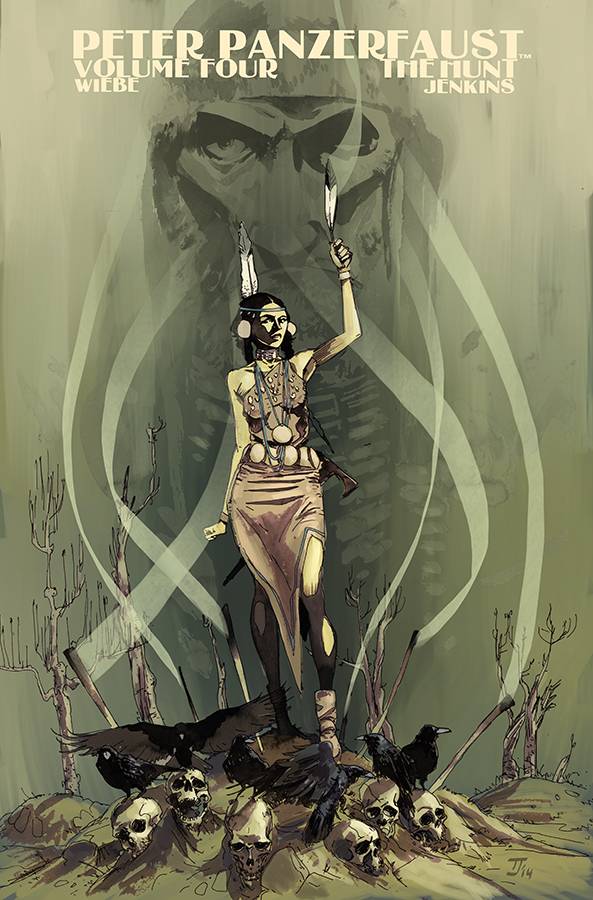 #
DEC138055
(W) Kurtis J. Wiebe (A/CA) Tyler Jenkins
A coming-of-age tale told through the eyes of a group of French orphans during World War II who are saved by a brave and daring American boy named Peter. As they travel together, they get tangled up in the French Resistance and their efforts against a growing German presence under the leadership of a fanatical hook-handed SS officer hellbent on wiping them out!

Collecting the first 10 issues of this Peter Pan re-imagining, the Deluxe Hardcover contains never before seen illustrations by TYLER JENKINS and reveals the Peter Pan Easter eggs as written by KURTIS J. WIEBE.
In Shops: Mar 19, 2014
SRP: $39.99
View All Items In This Series
ORDER WISH LIST