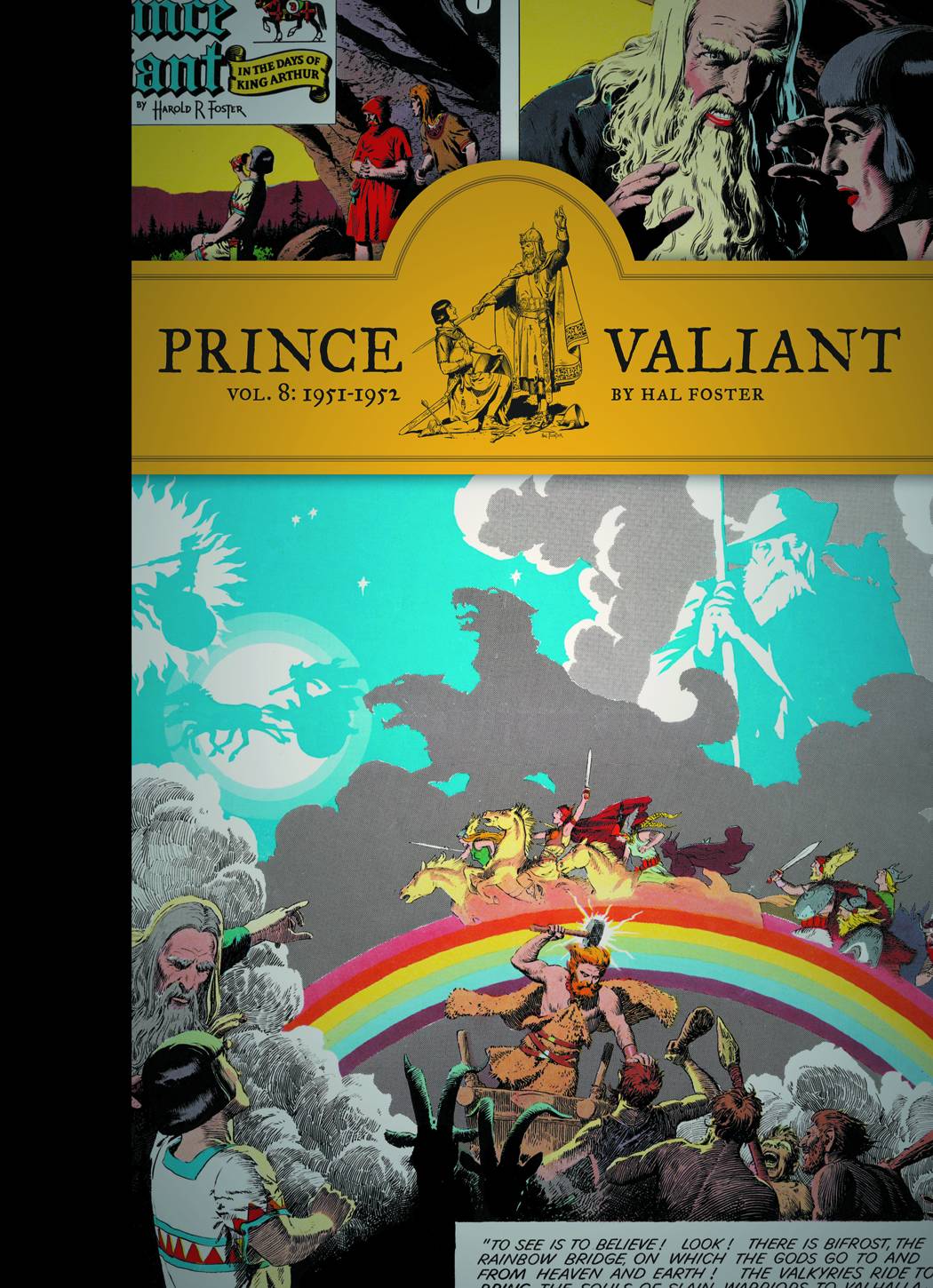 #
DEC131162
(W) Hal Foster (A/CA) Hal Foster
You might think that birth of Prince Valiant's son Arn at the end of the previous volume would have slowed down Val's adventuring, but you would be wrong. In Prince Valiant Vol. 7, after the baby has been christened, Valiant and Gawain are dispatched to investigate reports of black magic in Wales, ending up in pitched battle at the aptly named Castle Illwynde. Then it's off to Scotland to battle the Picts, and then home yet again for Val to visit his growing boy. Valiant now enters the 1950s: The Thule winter is hard and bleak, and a prince who has designs on Aleta must be dealt with. Then it's another epic-length story, "The Missionaries," in which Val and several of his fellow knights and crew travel to Rome on a quest for teachers who might bring Christianity to Thule. The story also features an escape through the Alps, far too many red-headed girls, and a tragic, life-changing event for the young squire Geoffrey (a.k.a. "Arf" ). And Foster charmingly ends the book with "The Prince Arn Story," a three-week sequence narrated by the toddler.
In Shops: Jan 22, 2014
SRP: $35.00
View All Items In This Series