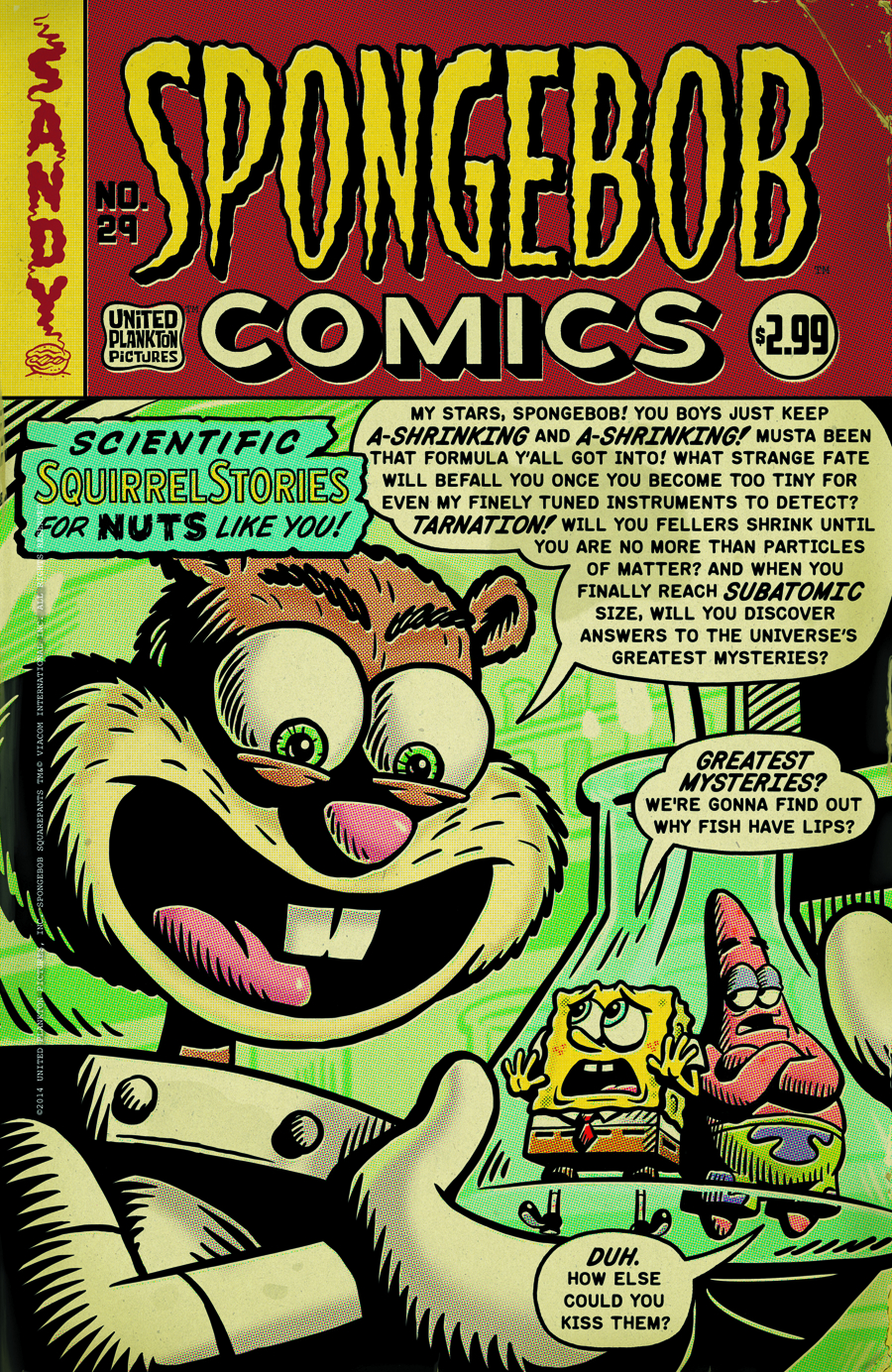 DEC130963
(W) Stephen Bisette, James Kochalka, Chuck Dixon, Hilary Barta, Nick Jennings (CA) Caleb Meurer
United Plankton finally cashes in on the trend that's sweeping comics - science stories starring sea-dwelling squirrels! That's right! It's a whole issue starring Sandy Cheeks, SpongeBob's Texas twangin' rodent pal, who's an athlete and a lady scientist t'boot! See Sandy save Bikini Bottom from the horror of the gargantuan Aqua Chimp! Gasp as she goes paw-to-tentacle against Plankton in an invention showdown! Scratch your head as you try to comprehend what her oddest invention has done to SpongeBob's holes! And quake in fear as she discoveres the source of that awful noise coming from deep within an unexplored trench! All this, plus ocean facts about squirrels!
In Shops: Feb 12, 2014
SRP: $2.99
View All Items In This Series
ORDER WISH LIST