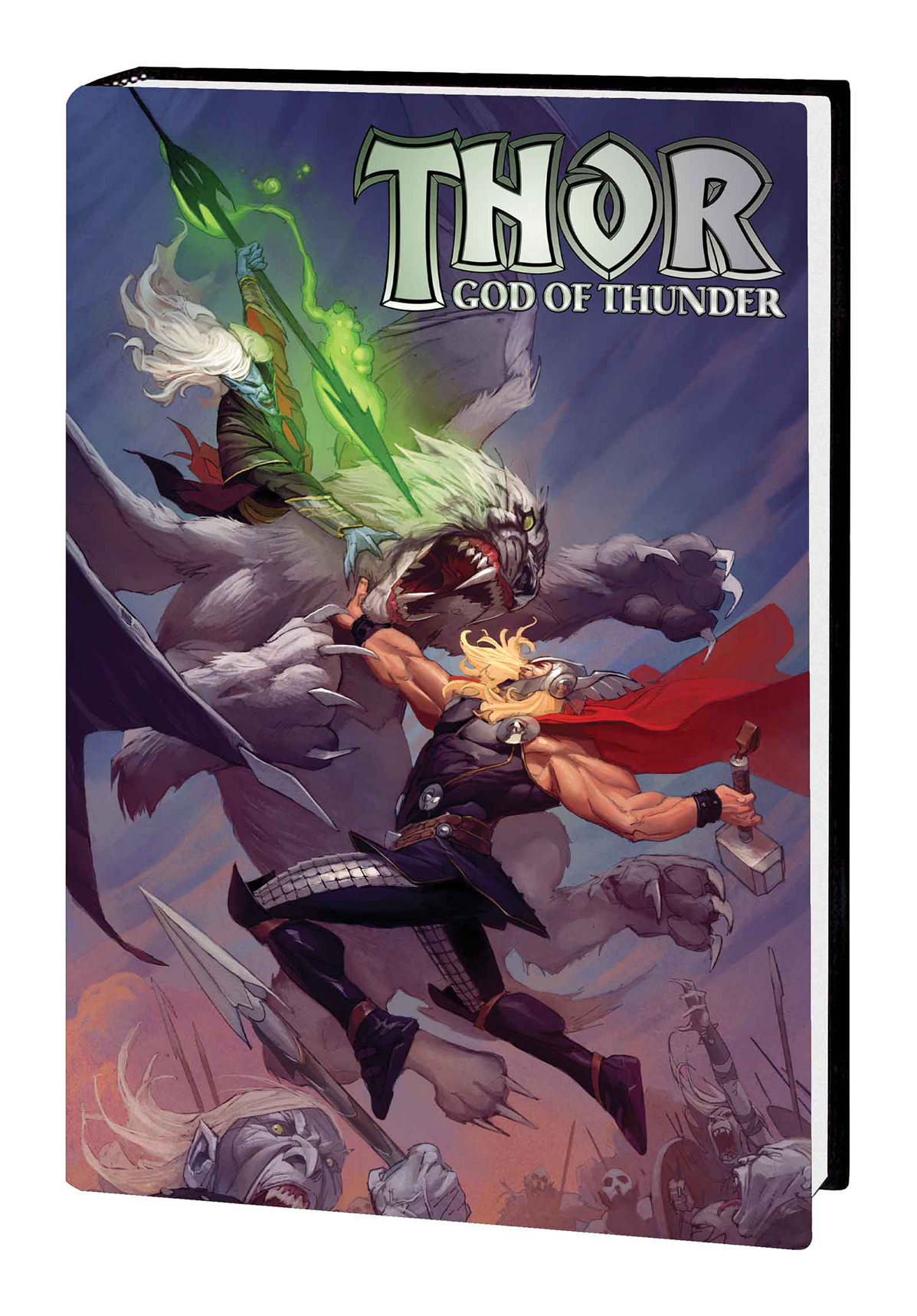 DEC130773
(W) Jason Aaron (A) Neil Kleid (A/CA) Ron Garney
It's the bloody return of Malekith the Accursed! The former lord of the Dark Elves escapes his otherworldly prison, and the chase is on across the Nine Realms to capture him! Thor finds new allies to join his Wild Hunt: A Dark Elf sorceress! A gun-toting Light Elf! A gargantuan Mountain Giant! A dwarf who loves dynamite! And a particularly surly troll! But when one teammate falls, will it mean war for all Nine Realms? And as a traitor within the group strikes and Thor prepares to take drastic measures, Malekith stages his final bloody raid - on Earth! Plus: Wwhat does it mean to walk the Earth as a god? What does Thor do when he's not out saving the world with the Avengers? It's the return of Thor's longtime love interest, Dr. Jane Foster! Collecting THOR: GOD OF THUNDER #12-18.
In Shops: Mar 12, 2014
SRP: $24.99
View All Items In This Series
ORDER WISH LIST