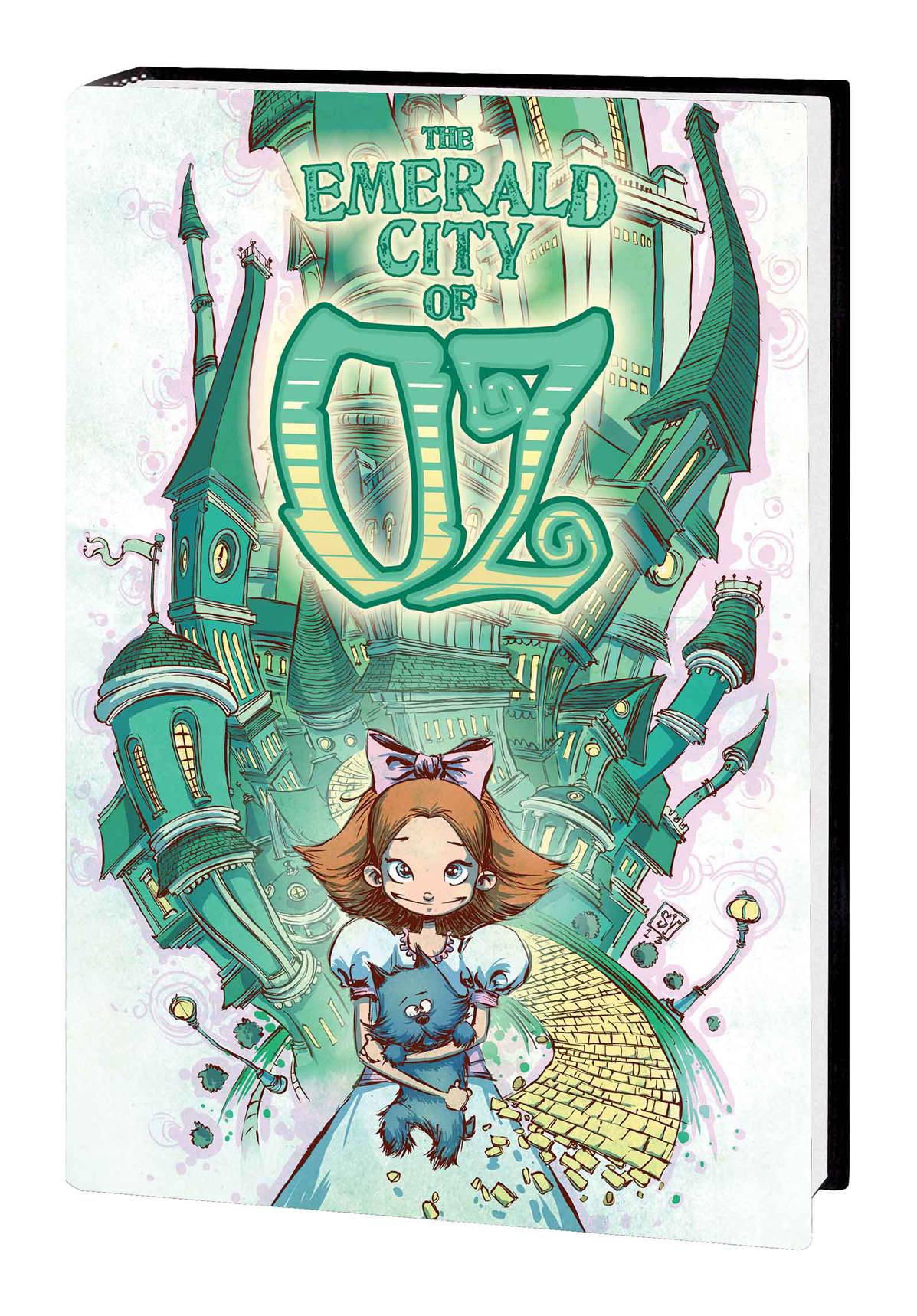 #
DEC130768
(W) Eric Shanower (A/CA) Skottie Young
The Eisner Award-winning team of Eric Shanower and Skottie Young bring you the best Oz series yet! Uncle Henry, Aunt Em and Dorothy must leave their Kansas home - but where can they go? To Oz, of course! Dorothy and the Wizard take Em and Henry on a grand tour - but will anyone in Oz be left alive after the Nomes attack, allied with the disagreeable Growleywogs and the evil shape-shifting Phanfasms? Ozma discovers the Nome Army's impending invasion, but too late - and she, Dorothy, the Tin Woodman and the rest of their friends can only watch helplessly as the Nome King's hordes pour into the Emerald City. But the Scarecrow has a plan to save the day, and Glinda the Good has another! Can they rescue the Land of Oz from destruction? Collecting EMERALD CITY OF OZ #1-5.
In Shops: Mar 05, 2014
SRP: $24.99