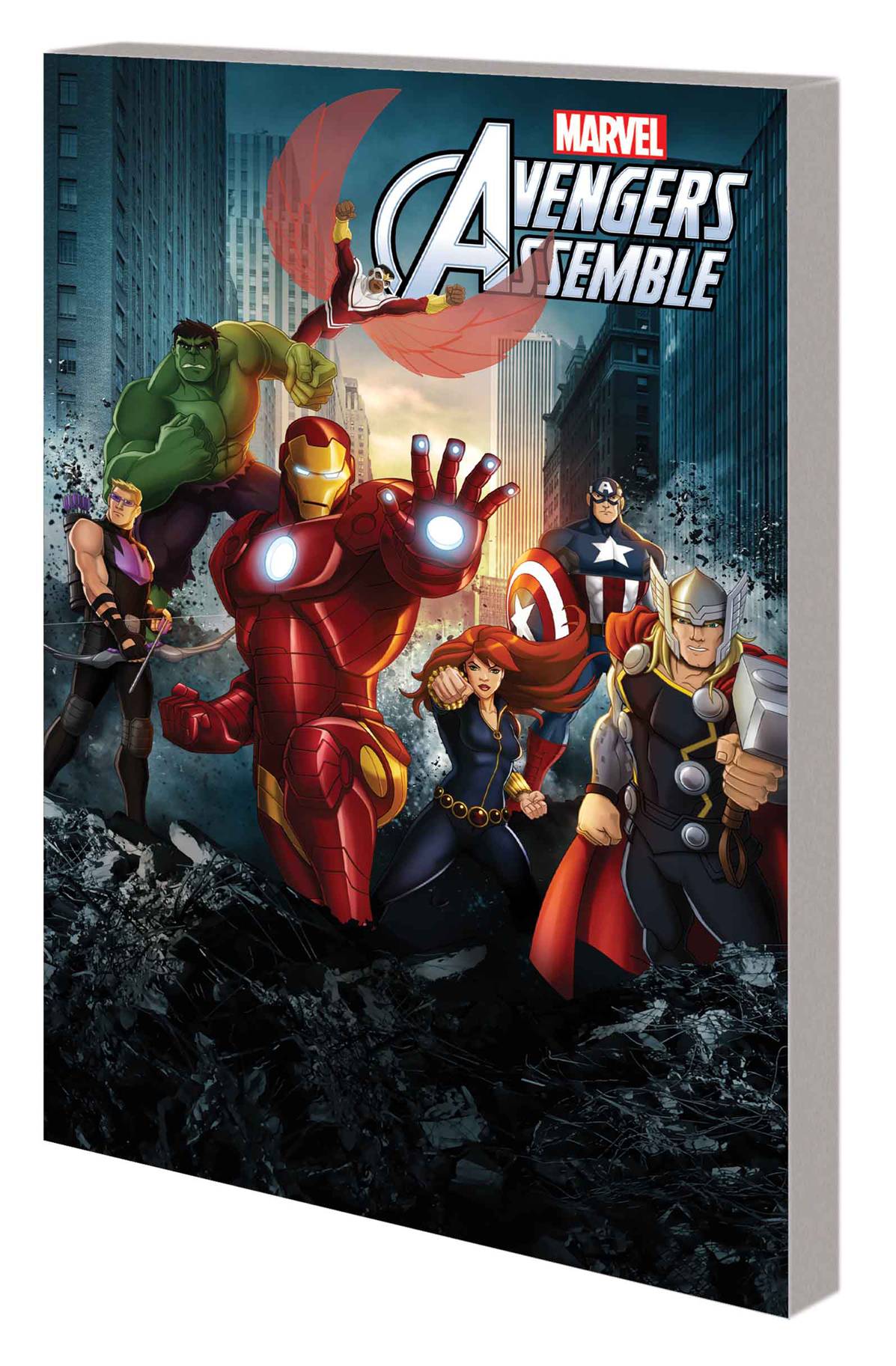 #
DEC130766
(W) Joe Caramagna (A) Various (CA) TBD
Featuring screen-capture images from MARVEL'S AVENGERS ASSEMBLE
•  Earth's Mightiest Heroes, the Avengers, explode onto the scene with an all-new all-ages series based on the hit animated series now airing on Disney XD!
•  To save his own life, the Red Skull must transfer his mind into the body of his greatest foe: Captain America!
•  When the Red Skull captures Iron Man's armor, the Avengers' deadliest enemy now wields the strongest weapon on Earth! How can the Avengers beat the Iron Skull?
•  It's up to Falcon to save the day when a mysterious foe turns the Avengers into evil ghosts!
•  When Dr. Doom uses Asgardian magic to summon a Midgard Serpent, what will Thor sacrifice to stop him?
•  The Avengers assemble to take down a rampaging beast in the heart of New York City!
Collecting MARVEL UNIVERSE AVENGERS ASSEMBLE #1-4 and material from FREE COMIC BOOK DAY 2013 (AVENGERS/HULK).
In Shops: Mar 12, 2014
SRP: $9.99
View All Items In This Series
ORDER WISH LIST