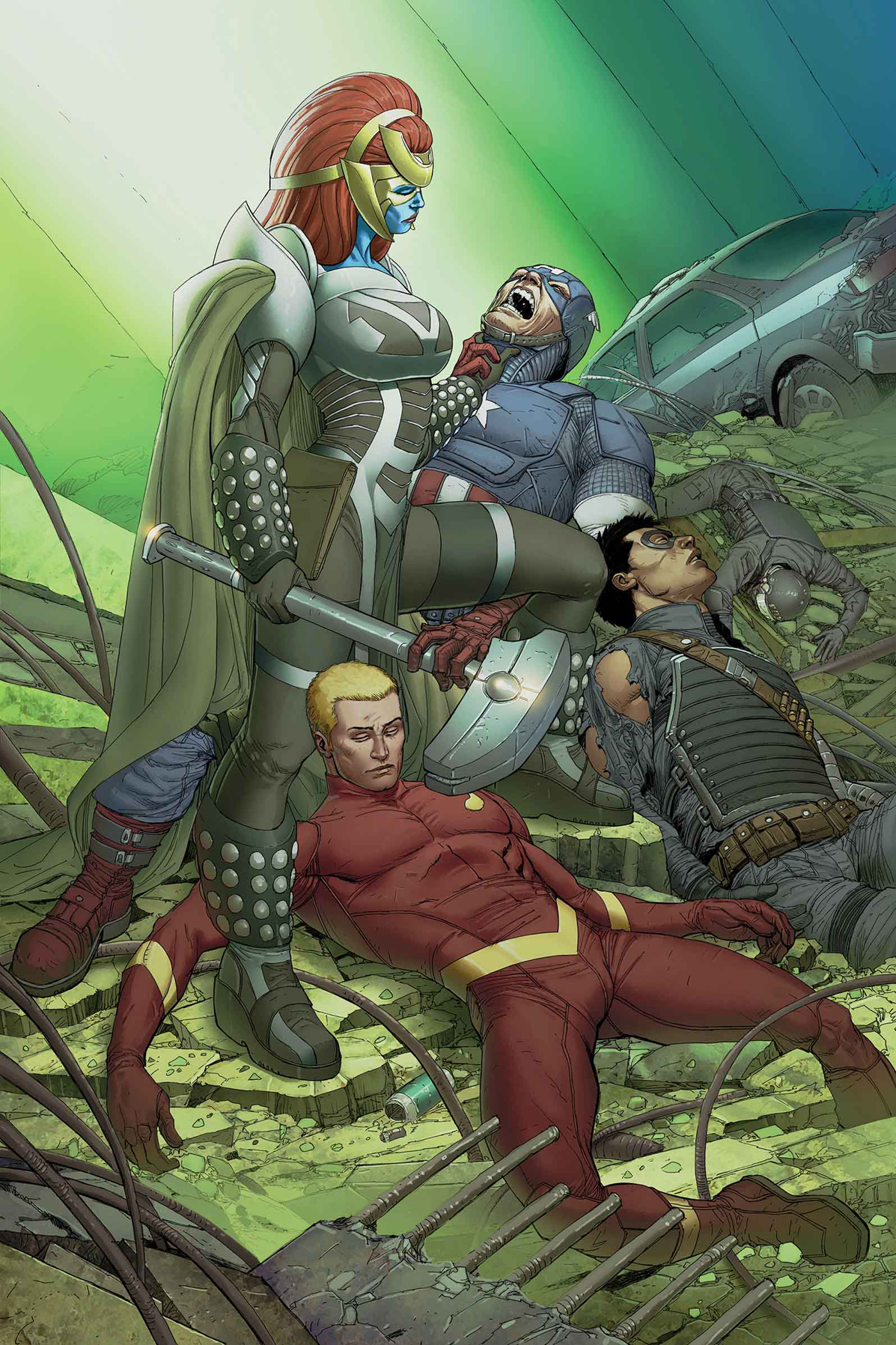 DEC130699
(W) James Robinson (A) Steve Pugh (CA) Mukesh Singh
"GODS AND SOLDIERS" PART TWO
•  Eisner Award winner James Robinson (STARMAN, EARTH 2) returns to MARVEL, uniting with Steve Pugh (ANIMAL MAN, HOTWIRE, GEN-X") to create a unique new take on the INVADERS
•  As the ORIGINAL HUMAN TORCH decides to rejoin the human race, he and his fellow INVADERS face the savage fury of Kree's ultimate hunter, TANALTH THE PURSUER! How can they beat a threat that seems unbeatable?
•  Learn the long-forgotten secret Invaders' mission -- involving dead heroes, Nazis and Norse Gods!
•  And what is the desperate measure the Invaders decide to save their teammate NAMOR from the clutches of the SUPREME INTELLIGENCE?
In Shops: Feb 05, 2014
SRP: $3.99
View All Items In This Series