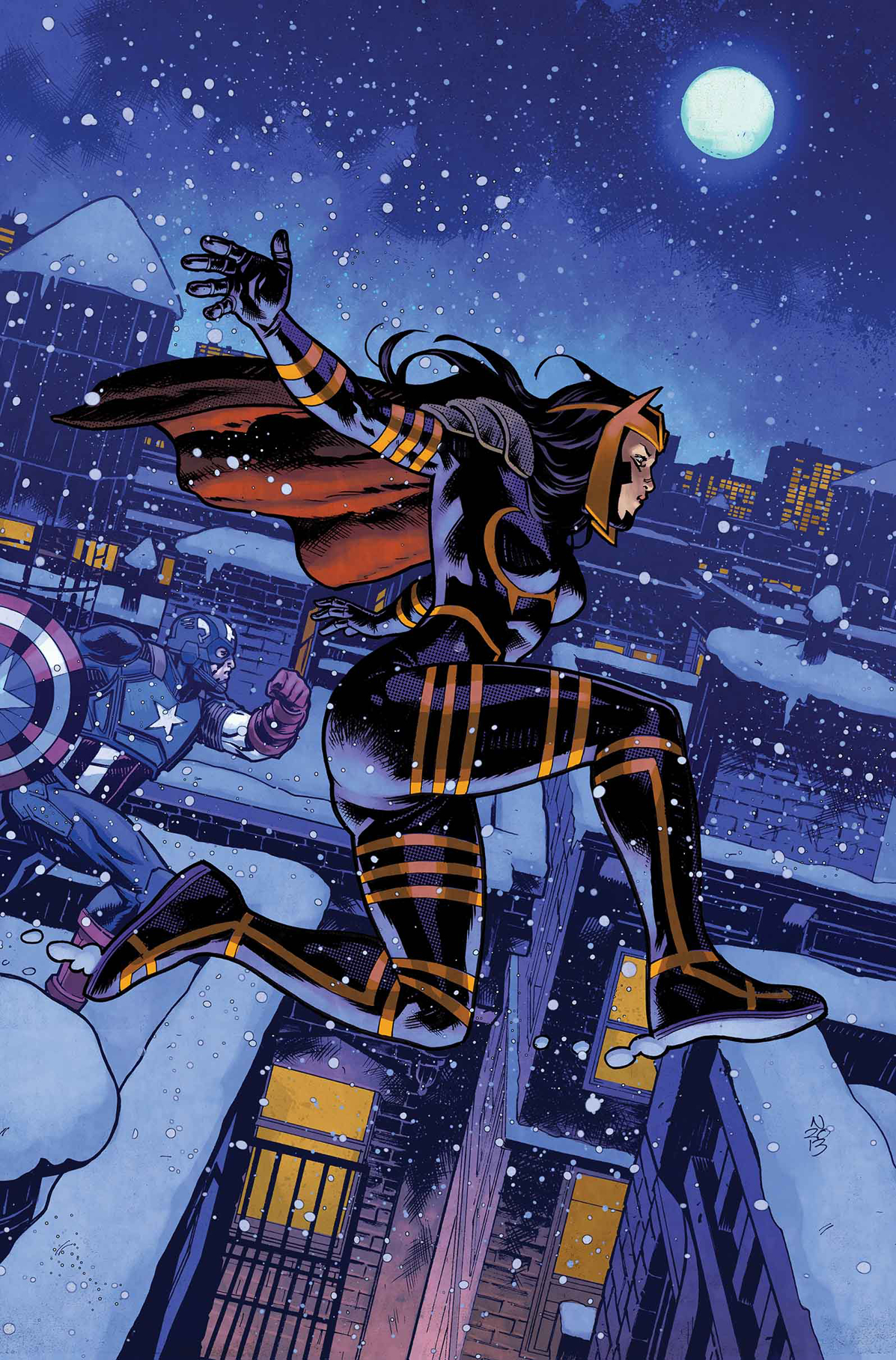 DEC130643
(W) Rick Remender (A) Pascal Alixe (CA) Nic Klein
"THE IRON NAIL, PROLOGUE: A CHOICE"
Captain America, the super soldier patriot of World War II...is away! Left in his place is the daughter of criminal Mastermind Arnim Zola-Jet Black! As beautiful as she is powerful, Jet Black must learn the laws of mortal men in New York City. But when a group of Nazi soldiers known as "The S Men," lure Black into evil-will she follow in the footsteps of her nefarious father?
In Shops: Feb 05, 2014
SRP: $3.99
View All Items In This Series
ORDER WISH LIST