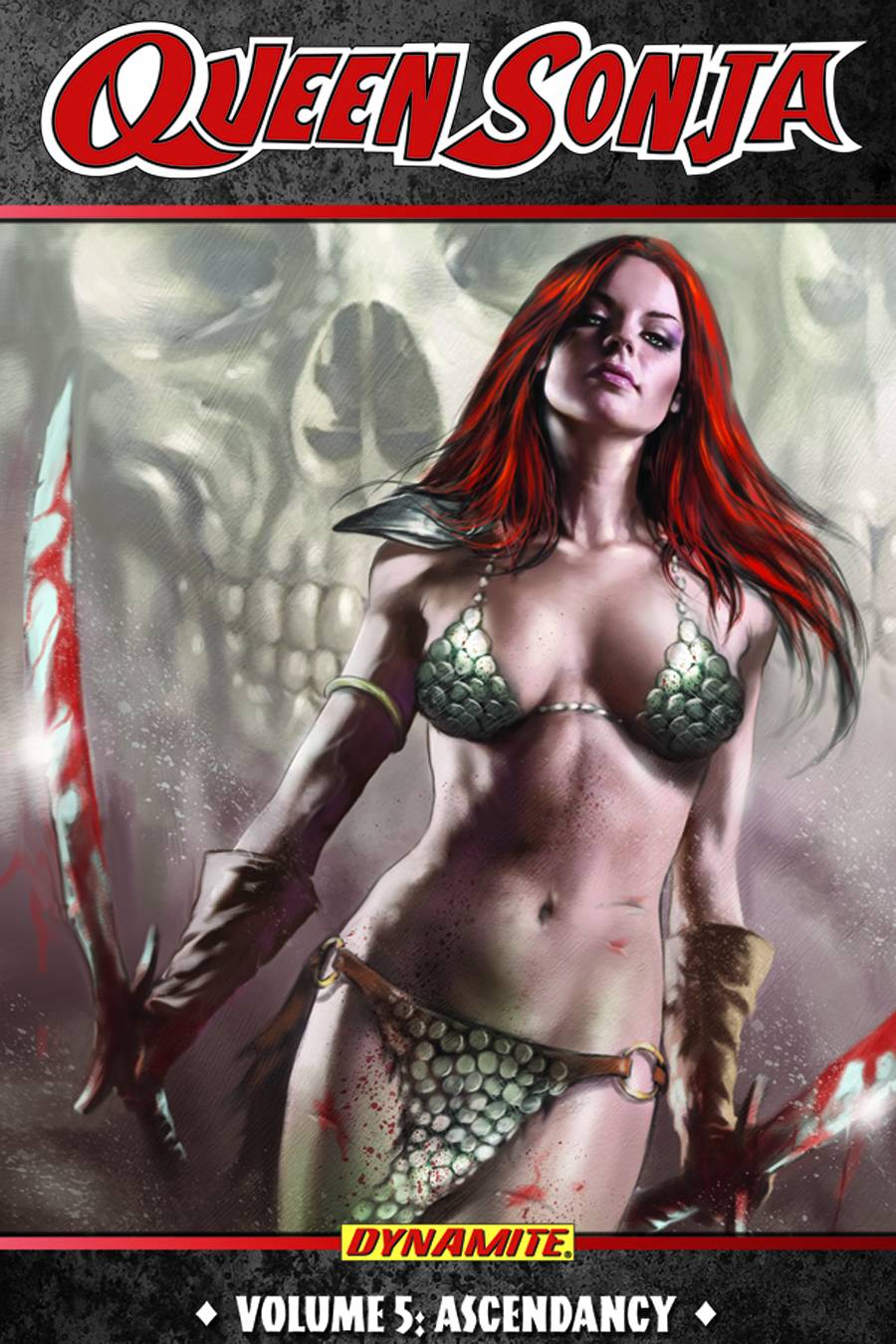 #
DEC121030
(W) Luke Lieberman (A) Fritz Casas (CA) Lucio Parillo
Ever since she took the throne of Sogoria, Sonja's journey has been leading to something greater still. Her small kingdom threw off the shackles of an empire only to see terrorism, revolt, and finally the brutality of Thulsa Doom. Starved, shocked, and near desperation, Sonja's people now openly revolt against her rule. She turns to the only wealthy Baron to levy taxes and feed the people, but he has a better idea... attack the empire! Open assault on the Emoran Empire is suicide, but to Sonja war is a form of art. Through the skillful use of deception, assassination, and manipulation, she plunges the fiefdoms of Emora into confusion and chaos, while feeding her tiny kingdom off Emoran crops. This is only the first act, her real designs are on the crown itself, and the reformation of the corrupt Empire, with her atop the throne as Empress Sonja!