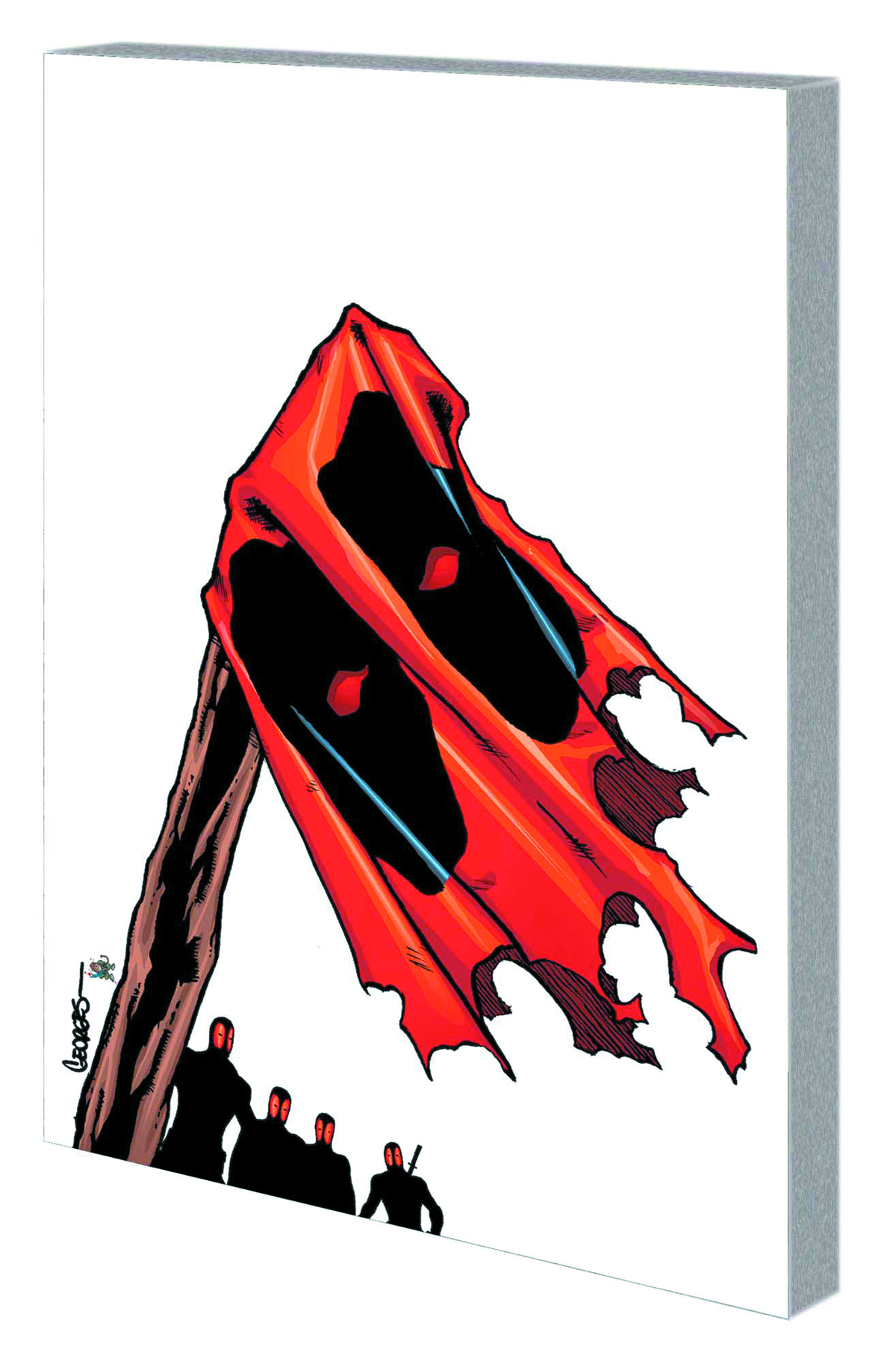 DEC120759
(W) Frank Tieri, Buddy Scalera (A) Jim Calafiore (A/CA) Georges Jeanty
The new Weapon X Program has come knocking, and they won't take no for an answer! But Deadpool's okay with becoming a secret agent, even alongside this cutthroat band of villains and lunatics, because they've offered him the one thing he wants most in the world: a cure for his ravaged face! How far will Deadpool let the deranged Weapon X Program go to hold on to his good looks? And what happens when they start crossing lines even the Merc With a Mouth isn't comfortable crossing? The funeral of Deadpool, that's what! Plus: It's Deadpool times four as our hero returns again - and again and again! When T-Ray arrives for a final showdown, how many Deadpools does it take to light up a screwball? Well, how many ya' got? Collecting DEADPOOL (1997) #57-64.
In Shops: Mar 20, 2013
SRP: $24.99
View All Items In This Series
ORDER SUBSCRIBE WISH LIST