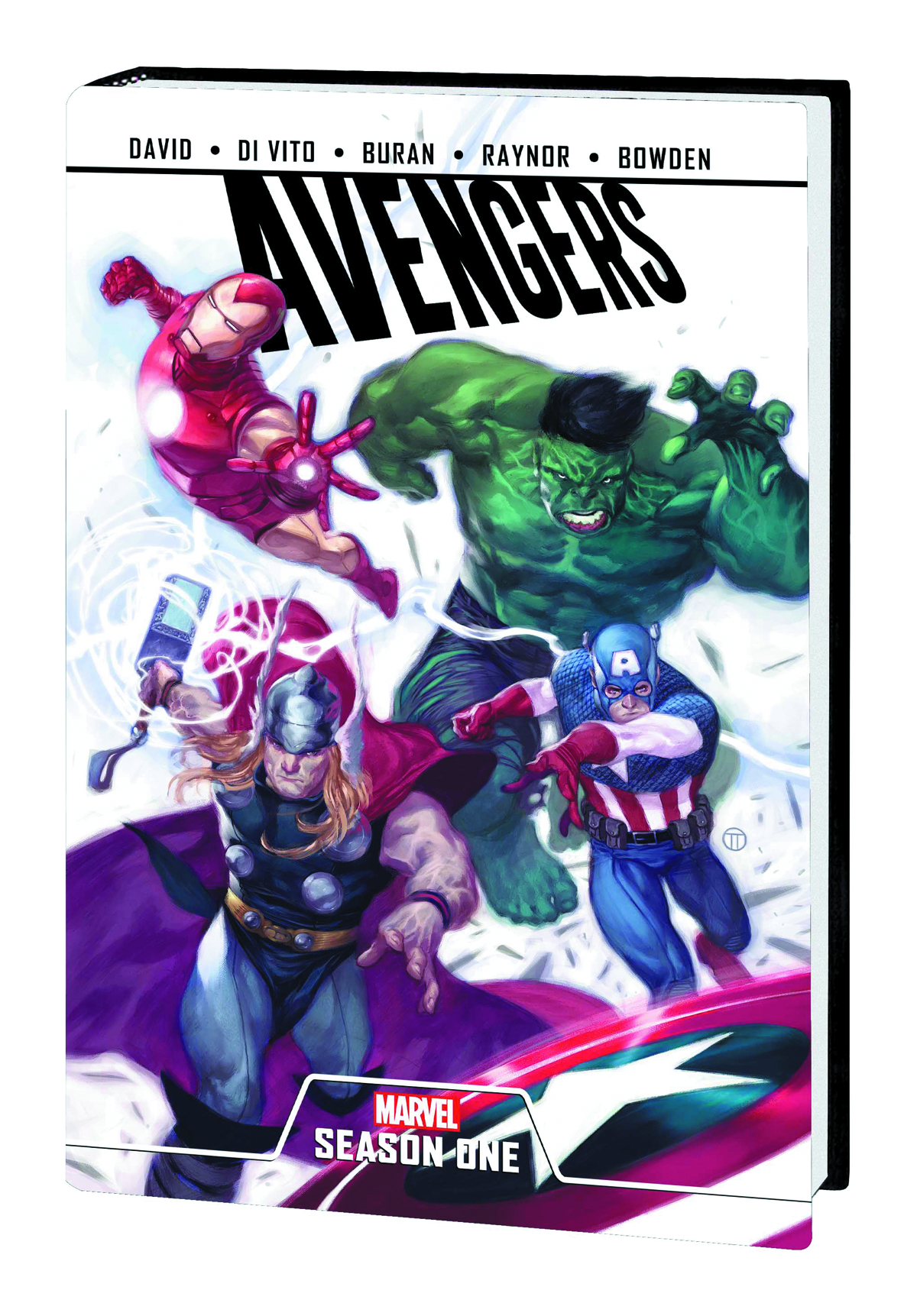 DEC120737
(W) Peter David (A) Various (CA) Julian Totino Tedesco
An all-new original graphic novel, modernizing the formative first days of the super-hero icons that defined pop culture! A hidden foe manipulates the newly minted Avengers from the shadows, meticulously sowing the seeds of discord and mistrust - and causing the new teammates to question the very ties that bind them together as they hunt for the fugitive Hulk. Thor - a shape-shifting alien with a secret agenda? Captain America - a hoax? Iron Man - an enemy conspirator? Their confidence in each other shattered, will the heroes destroy each other before the conspirator is revealed? Only the smartest among them will see through the deception...and it's not who you think!
In Shops: Mar 13, 2013
SRP: $24.99