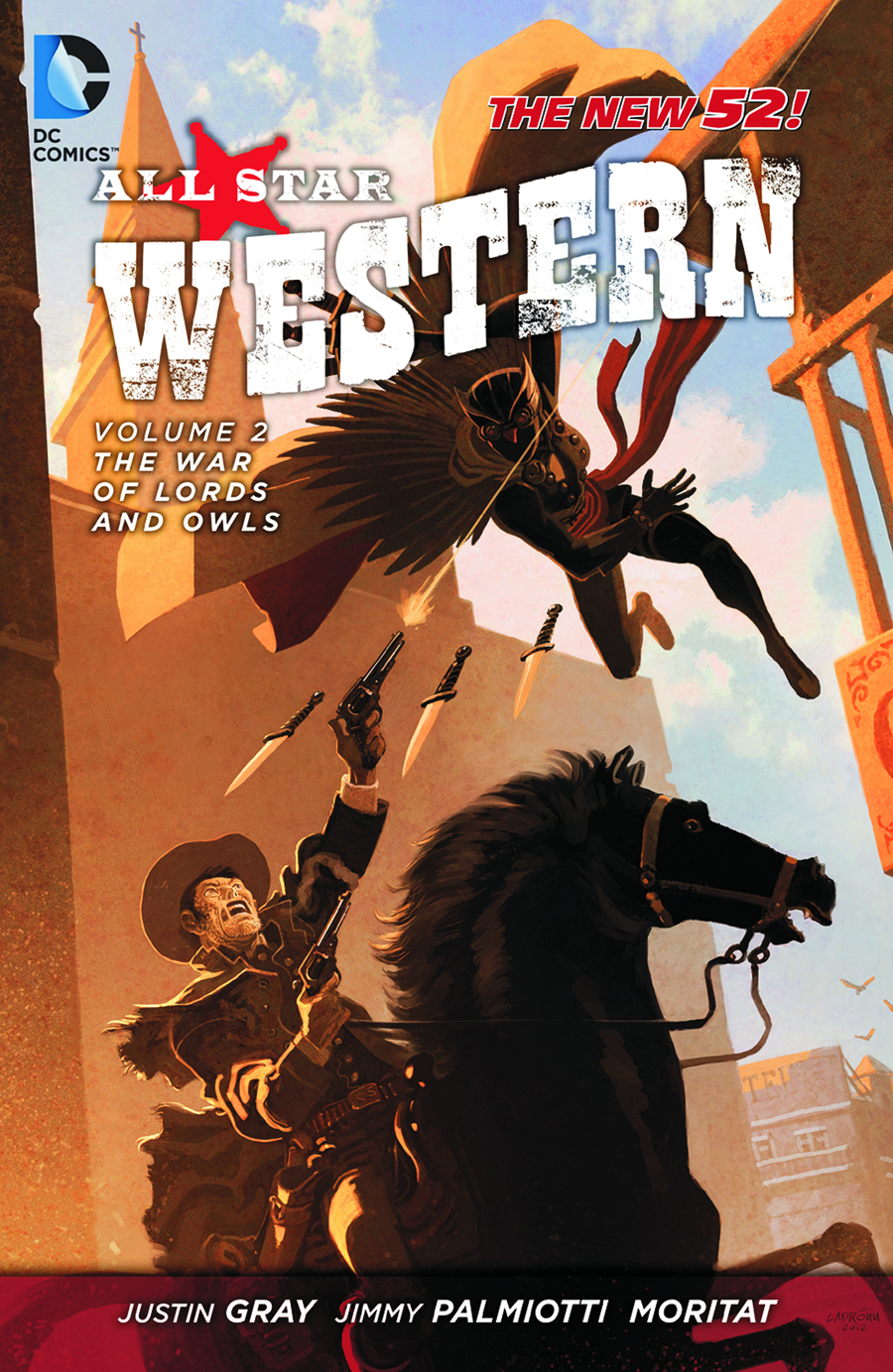 DEC120325
(W) Justin Gray, Jimmy Palmiotti (A) Moritat, Patrick Scherberger, Dan Green, Terry Austin, Jos? Luis Garc?a-L?pez, Scott Kolins (CA) Jose Ladr?nn
• In this second New 52 collection, Jonah Hex tracks the kidnapper Thurston Moody to New Orleans, then must infiltrated the ranks of the anarchist group August 7, dedicated to eliminating the immigrant population of New Orleans. With Dr. Arkham in jail and his companions Hawkeye and Cinnamon nowhere to be found, things can only get worse for Hex when The Court of Owls reveals its plan to lay siege to Gotham City.
•  Plus: Don't miss the backup features starring Nighthawk, Cinnamon and
Bat Lash!
•  Collects ALL-STAR WESTERN #7-12.
In Shops: Mar 06, 2013
SRP: $16.99
View All Items In This Series
ORDER WISH LIST