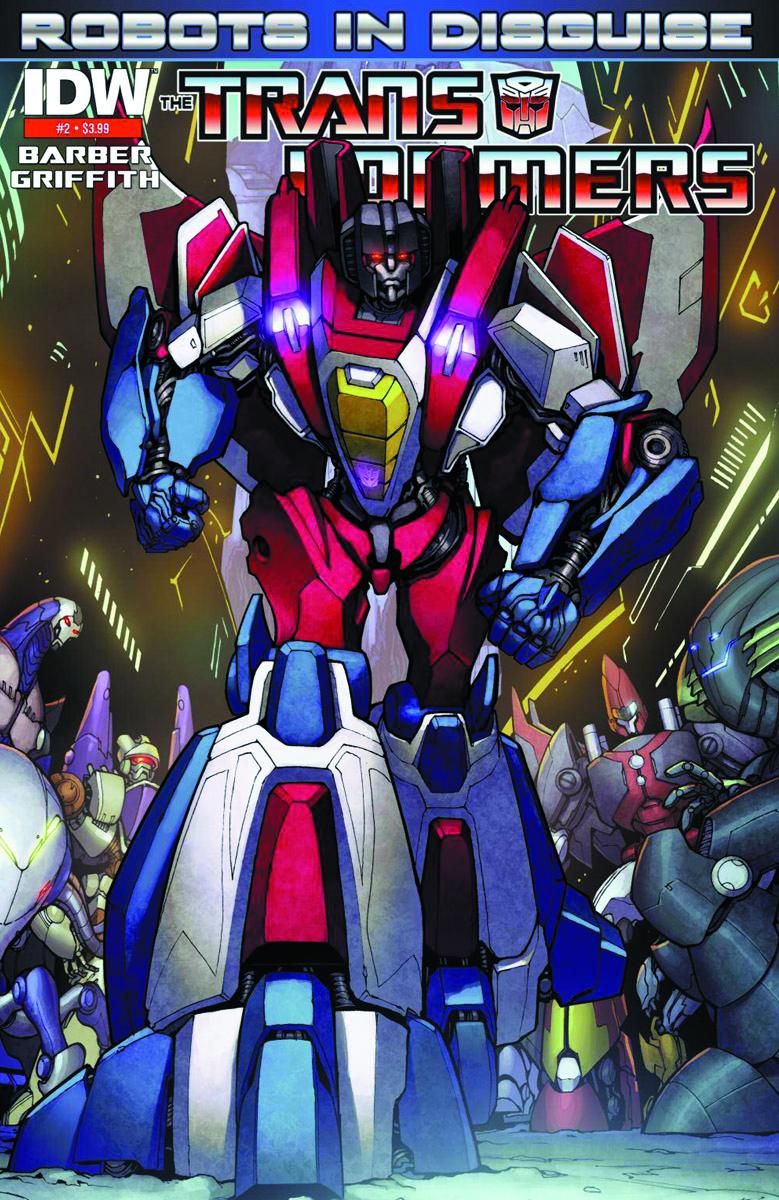 DEC118182
(W) John Barber (A/CA) Andrew Griffith
From IDW Publishing. The sold-out second issue, available again in a new printing! The Decepticons make their move, as the Transformers relaunch really amps up! As Bumblebee's provisional government struggles to maintain control, Ratbat stages a deadly attack that only Prowl can stop! Meanwhile, Starscream tries something he's never done before: telling the truth to an Autobot. Well, most of the truth, anyway. Scheduled to ship 03/14/12. (4793)