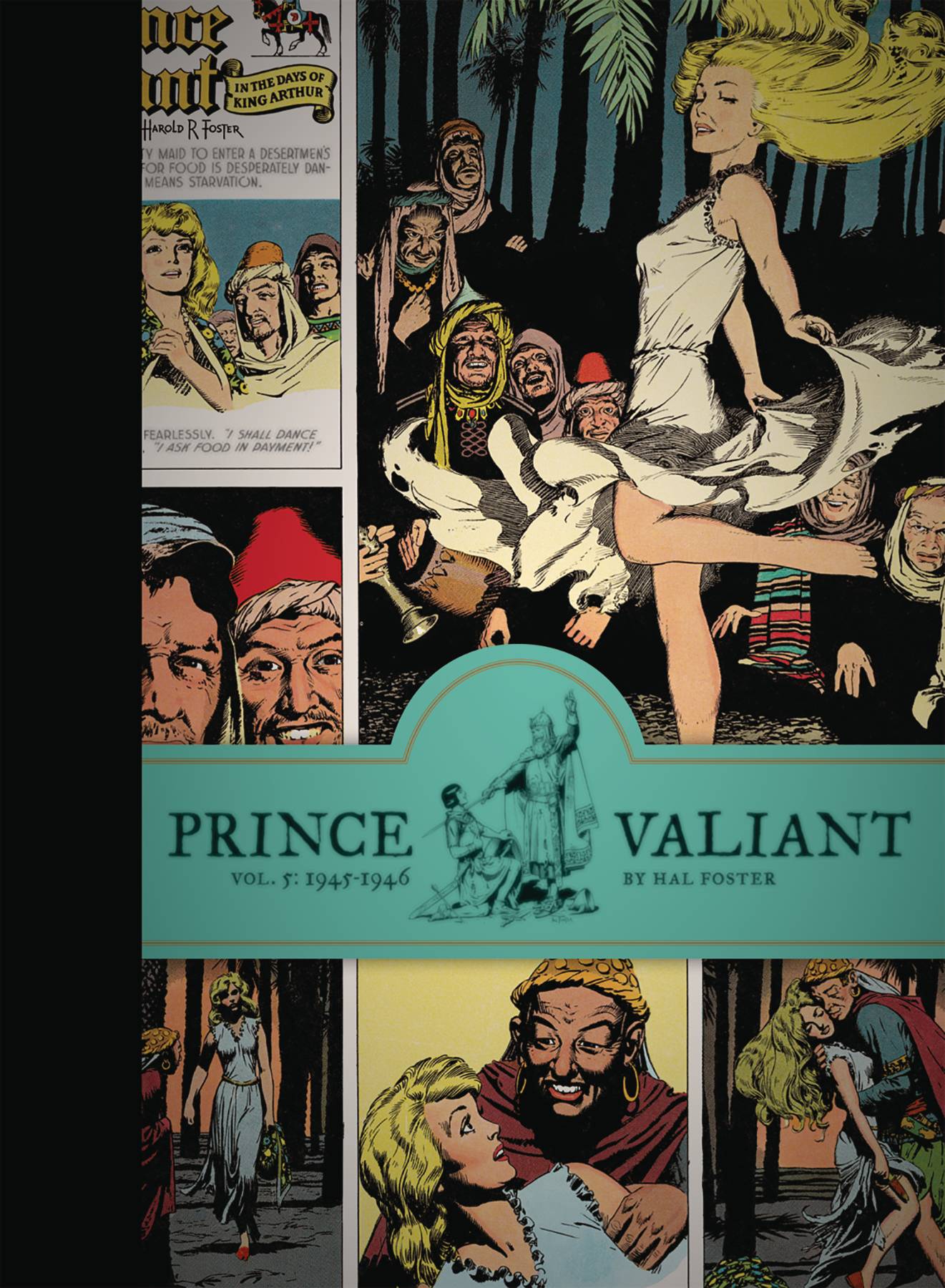 #
DEC111084
(W) Hal Foster (A/CA) Hal Foster
Fully half of this latest volume of Hal Foster's epic masterpiece - again scanned from superb syndicate proofs - is devoted to the remaining chapters of "The Winning of Aleta," a 20-month (!) epic in which Valiant obsessively pursues his bride to be. Not surprisingly this is followed by a sequence called "Matrimony," which ends with a newly wed queen adjusting to the luxurious, exciting court life at Camelot. But Val's marriage does not signal an end to his adventures. In "War in the Forest" Val is sent out to spy on encroaching Saxons - unknowingly aided by Aleta, who, disguised as a small knight (and dubbed "Sir Puny") helps prevent disaster. But the 1946 strips end with Val and Aleta unable to return to Camelot and the displaced couple journeying to Thule. Half the strips in this volume also include the delightful "The Medieval Castle," Foster's chronicle of two young boys growing up during the time of the First Crusade - but by the end of the 1945 strips this series has ended and the Valiant portion resumes its full-page glory.
In Shops: Jun 06, 2012
SRP: $29.99
View All Items In This Series
ORDER SUBSCRIBE WISH LIST