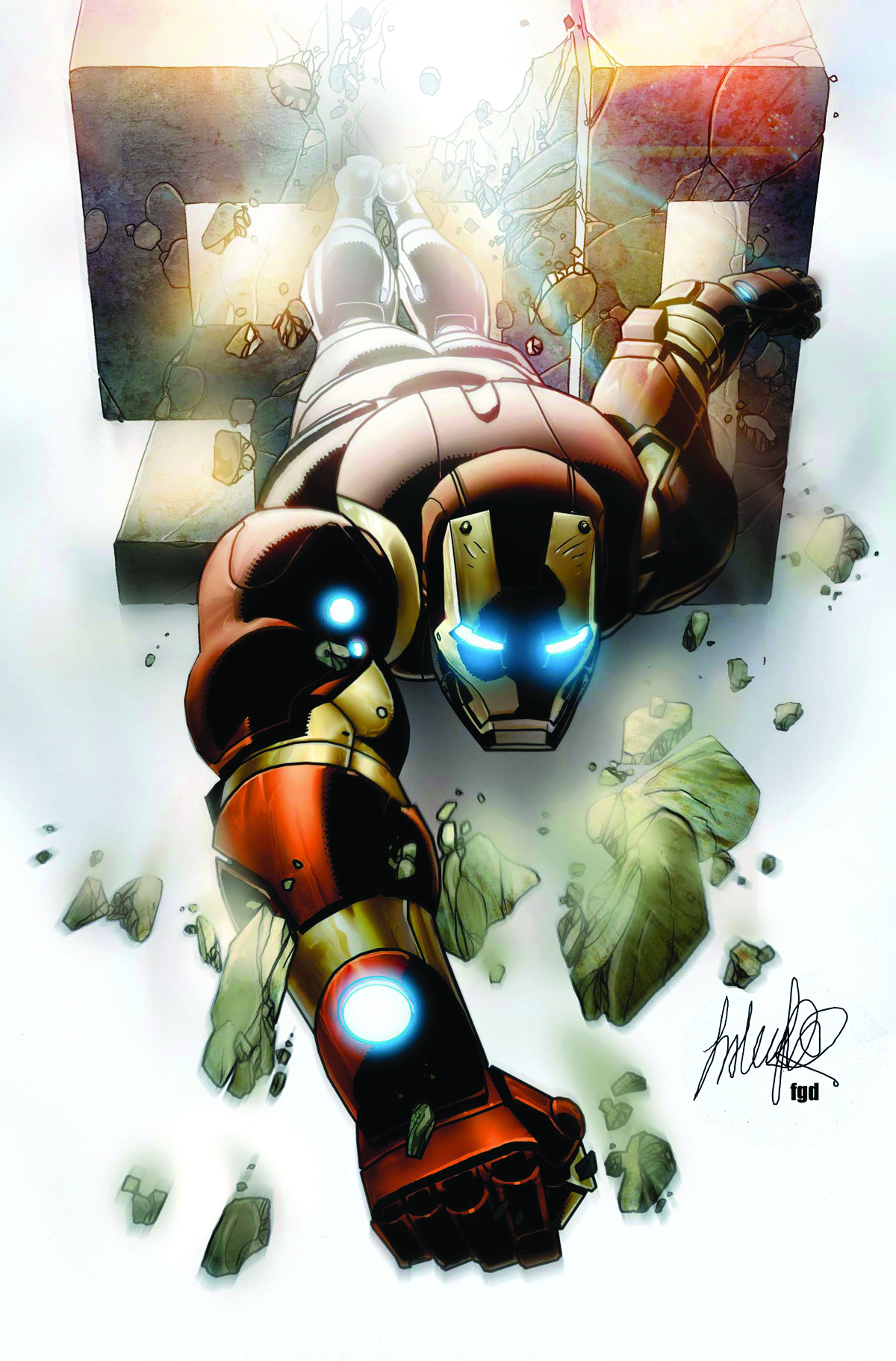 DEC108141
(W) Matt Fraction (CA) Nathan Fox, Kano (A/CA) Salvador Larroca
by Matt Fraction and Salvador Larroca
From Marvel Comics. Giant-sized Anniversary Issue! Three generations of Starks face their ultimate foe seventy-some years in the future while, in the present, Spider-Man joins Iron Man as he tries to fill in the blanks of his missing memory. What if amnesia was a weapon? What if the smartest man in the land had ten nightmares that all came true? Who is the son of Tony Stark? What's inside of the rings? The future starts now, for the Marvel Universe's favorite futurist. The Eisner Award-winning series makes a four-hundred-something-issue leap and raises a glass of non-alcoholic Champale in salute to Ol' Shell-head! By Matt Fraction (Thor, Uncanny X-Men, Casanova) and Salvador Larroca (Uncanny X-Men, Fantastic Four), with special guests Howard X, Y and Z! Scheduled to ship 02/23/11. (161)