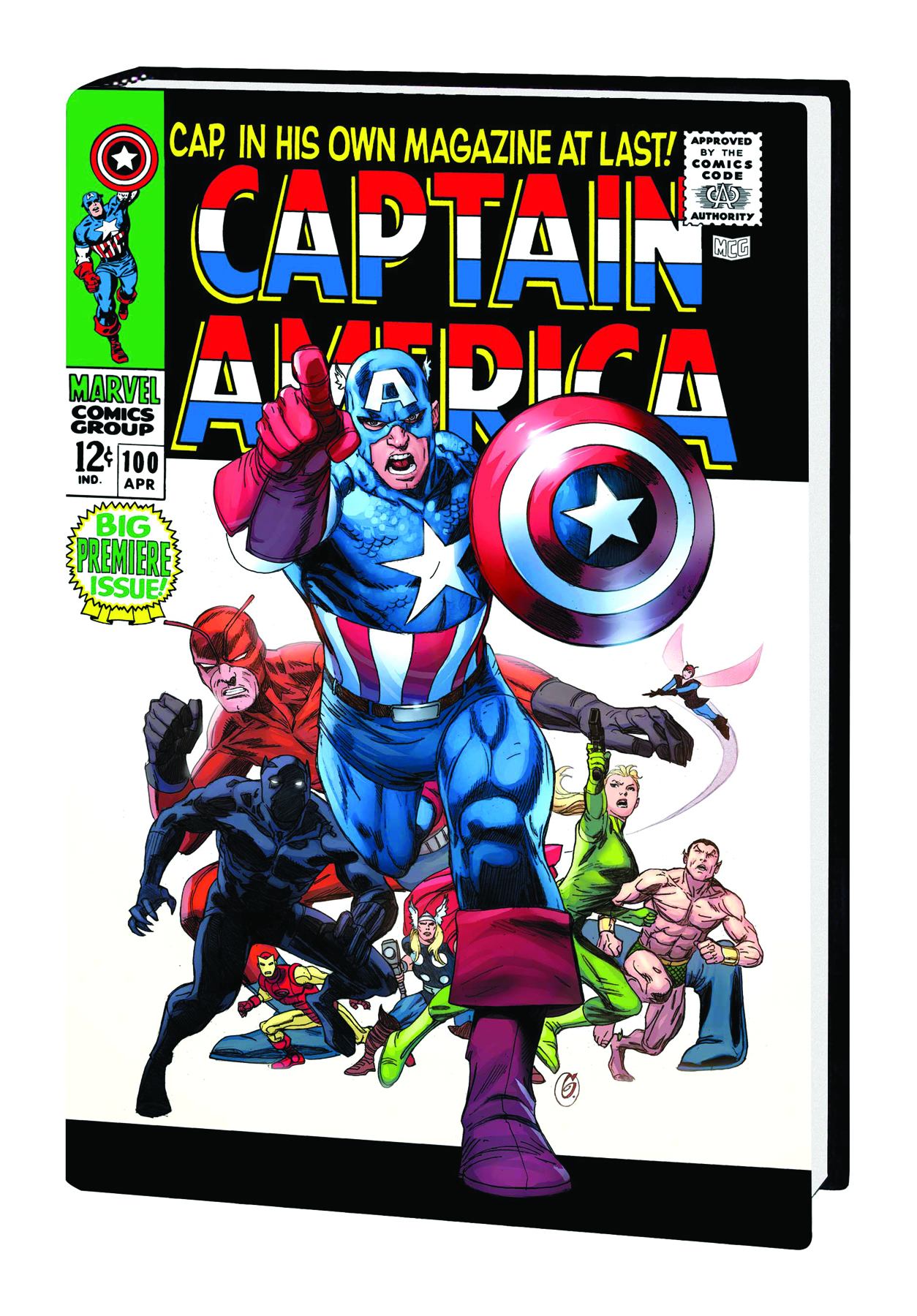 DEC100636
(W) Roy Thomas, Stan Lee (A) Jack Kirby, Jack Sparling, Dick Ayers, Jim Steranko, Gil Kane, George Tuska, John Romita (CA) Ron Garney
Written by STAN LEE with ROY THOMAS
Penciled by JACK KIRBY & JIM STERANKO with GIL KANE, GEORGE TUSKA, JOHN ROMITA, DICK AYERS & JACK SPARLING
Covers by RON GARNEY & JACK KIRBY
As America began preparation for the inevitable entry into World War II, a secret military project gave birth to the greatest one-man fighting force ever known: Captain America! Transformed by the Super-Soldier Serum from a 97-pound weakling into the Star-Spangled Avenger, Steve Rogers led the charge to liberate the world from the Axis Powers' grasp. But before the war's end, an accident left Cap frozen in suspended animation and his sidekick Bucky seemingly dead, while the world turned on for decades. When the Avengers resuscitated him decades later, Steve Rogers was greeted by a world vastly changed. He was a man out of time tormented by the death of his partner, but no less committed to the cause of fighting evil in all its forms. In this amazing OMNIBUS collection, you'll experience Captain America's trend-setting Silver Age solo-stories from the very beginning. Packed with page after page of Stan-and-Jack magic, it's Cap vs. his most classic foes of the Marvel Age - including the Red Skull, Baron Zemo, M.O.D.O.K., the Super-Adaptoid and more! And as if every story and every letters page wasn't enough, we're topping it off with an in-depth visual analysis of Jim Steranko's legendary Cap run by no less than Steranko himself! It's Comics 101 by one of the medium's greatest innovators! 'Nuff Said! Collecting TALES OF SUSPENSE #59-99, CAPTAIN AMERICA #100-113 and NOT BRAND ECHH #3.
856 PGS./Rated A