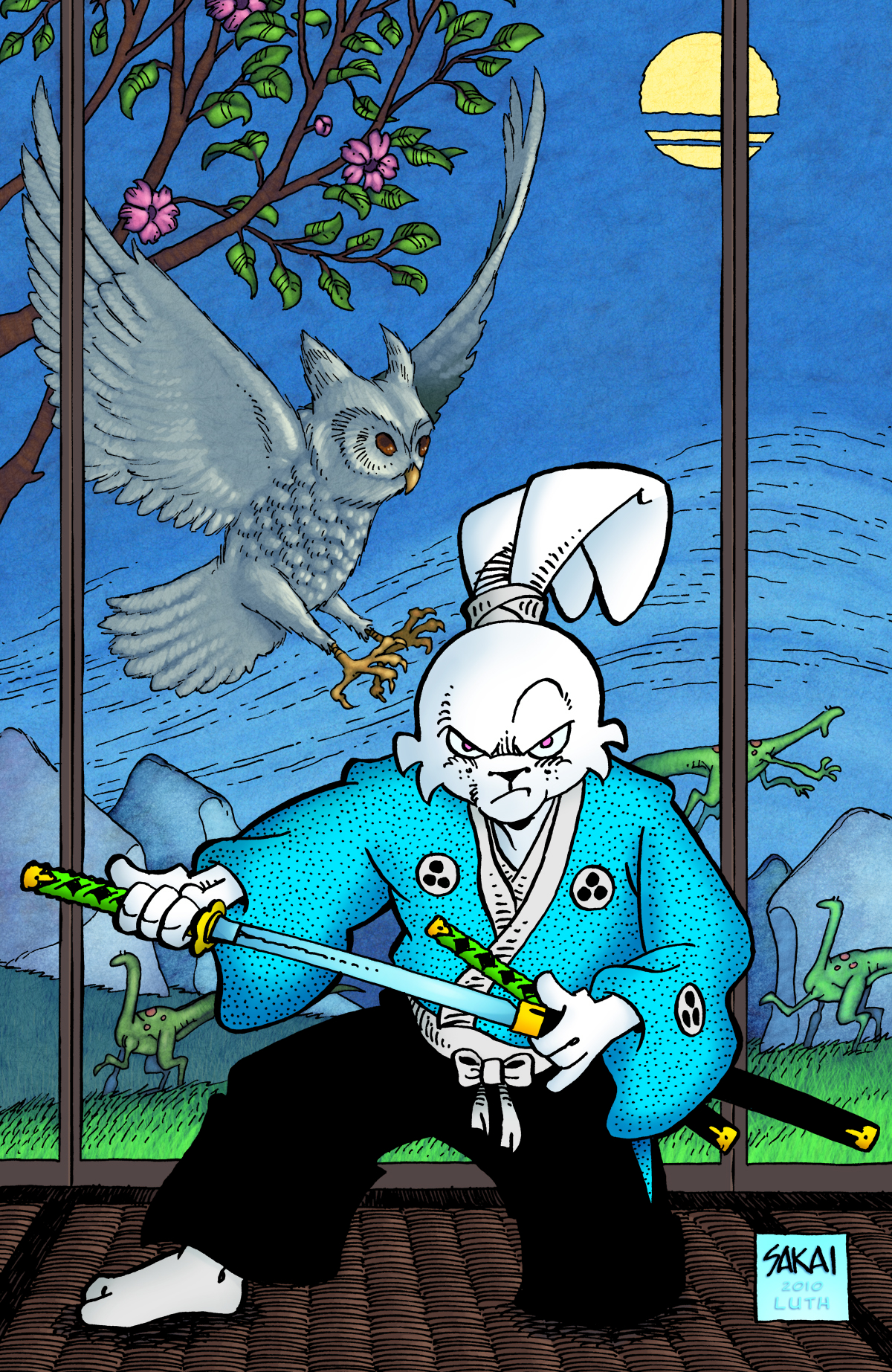 It has been more than a hundred issues since the mysterious samurai known as the Lord of Owls made his ominous prediction: that the next time he met Usagi, one would surely kill the other!

Now, as Usagi is traveling through a mountain pass plagued with bandits, the two samurai meet once again! What will come of the grim prophecy of the Lord of Owls?

"Sakai instills all of his various animal characters with a richness and believability that you can't deny, much less help reading and enjoying."
-Robert Murray, Comics Bulletin