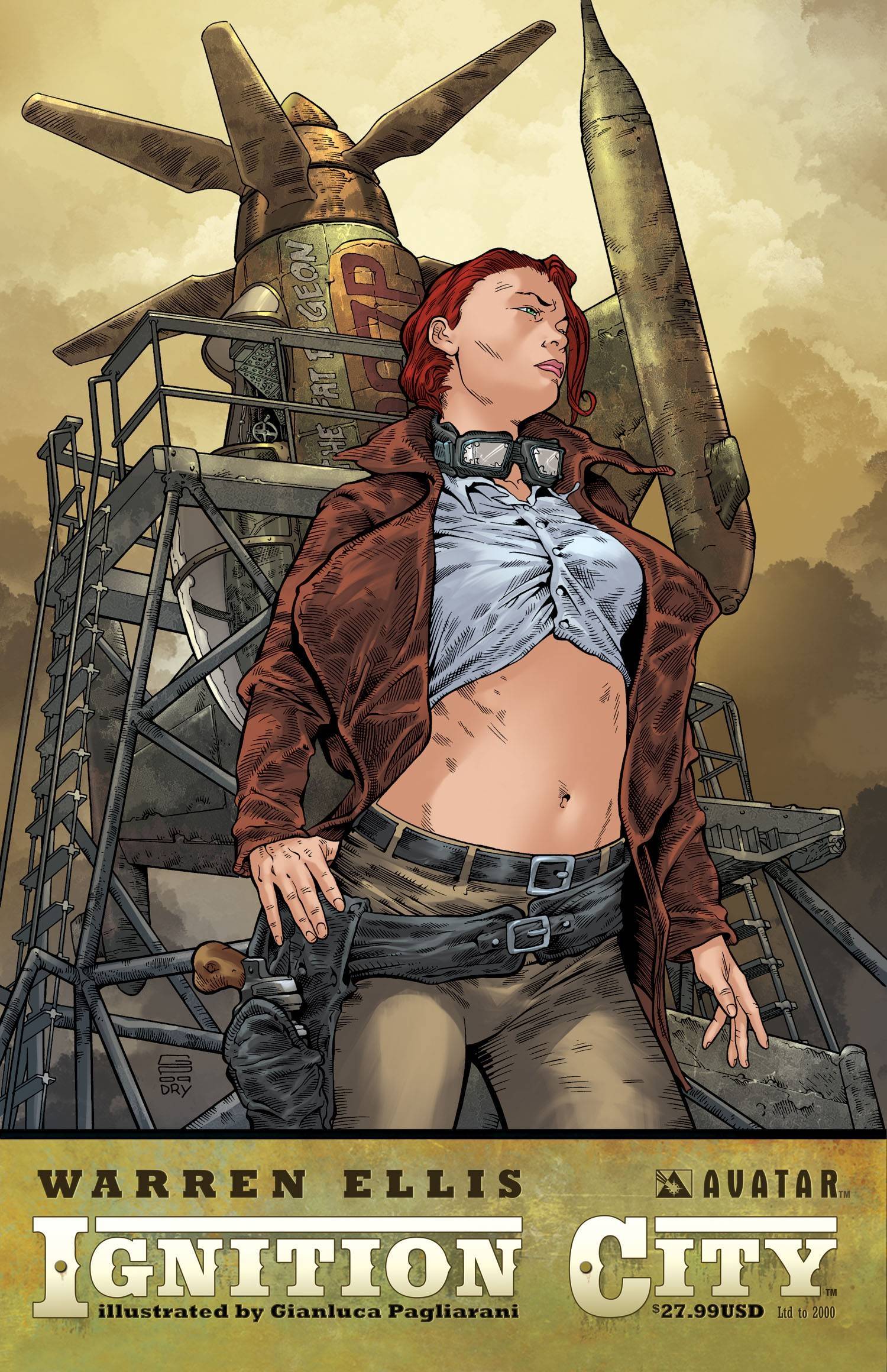 #
DEC090685
(W) Warren Ellis (A) Gianluca Pagliarani
Where did the space heroes go to die? From Warren Ellis, the writer who reinvented science fiction in comics, in the alternate-world style of the award-winning Ministry Of Space and Aetheric Mechanics, comes a retropunk "future of the past" where spaceships still belched smoke and arguments were still settled with laser pistols. Grounded space pilot Mary Raven has come to the interzone settlement in the middle of Ignition City, Earth's last spaceport, to recover the effects of her dead fatherso people think. Mary really wants to know how he died, and who did it. Mary Raven is out to spoil a great many people's days. Today might be her last day on Earth, trapped on the last spaceport where no-one cares about murder and the only real currency is fear. She has her dead father's raygun, and that's enough for space hero turned arms dealer Lightning Bowman to want her dead. But she also has her dead father's diary. And when she finds out something no-one else in the settlement knows... they'll want her dead for that, too! Featuring the art of Aetheric Mechanics' Gianluca Pagliarani, this full-color volume collects all five issues of the sci-fi epic with a gorgeous cover gallery full of design sketches, ray-gun fights and giant metal machines! The Ignition City collected volume is available in a standard Trade Paperback with a painted cover by Felipe Massafera, a Special Edition Hardcover featuring an exclusive cover by Gianluca Pagliarani that is limited to only 2000 units, and a special Dual Signed Hardcover featuring a new cover by Pagliarani and is signed by both writer Warren Ellis and artist Pagliarani that is limited to only 400 copies!