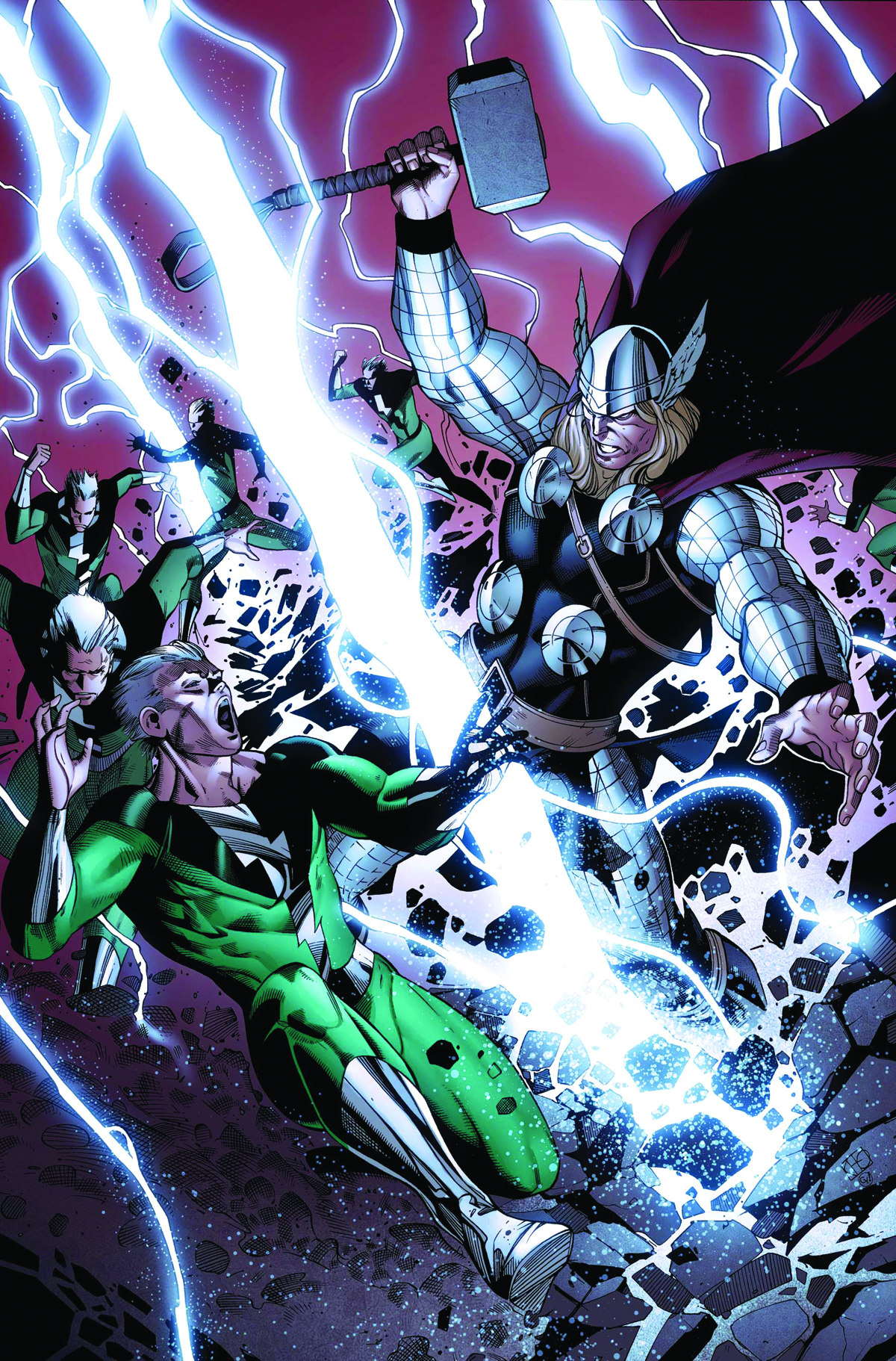 DEC090513
(W) Dan Slott (A) Neil Edwards (CA) Khoi Pham
Written by DAN SLOTT
Penciled by NEIL EDWARDS
Cover by KHOI PHAM
Special Variant by TBA
The Mighty Avengers are poised to join the Siege on Asgard, but first they have some pretty huge issues to resolve. THOR vs. the MIGHTY AVENGERS!  LOKI revealed!  Someone's off the team?!  The most insane thing HANK PYM will ever do (and for Hank Pym, that's saying a LOT)!  All this and more!
32 PGS./Rated A ...$2.99