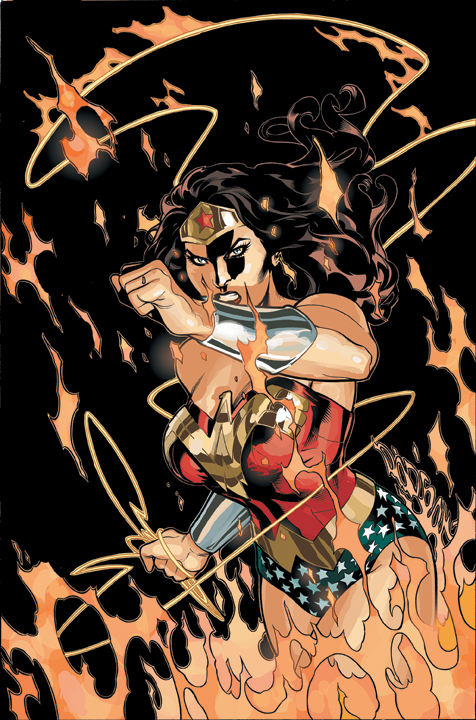 DEC070242
(W) Gail Simone (A) Ron Randall (A/CA) Terry Dodson
Written by Gail Simone
Art and cover by Terry Dodson & Rachel Dodson
The finale of "The Circle" pits Wonder Woman against the secret sect formed solely to prevent her birth! But to take down this ancient threat, Wonder Woman must find a way to return to Paradise Island, from which she was banned! Meanwhile, Nemesis is left alone to face the rampaging army of Captain Nazi!
On sale February 13